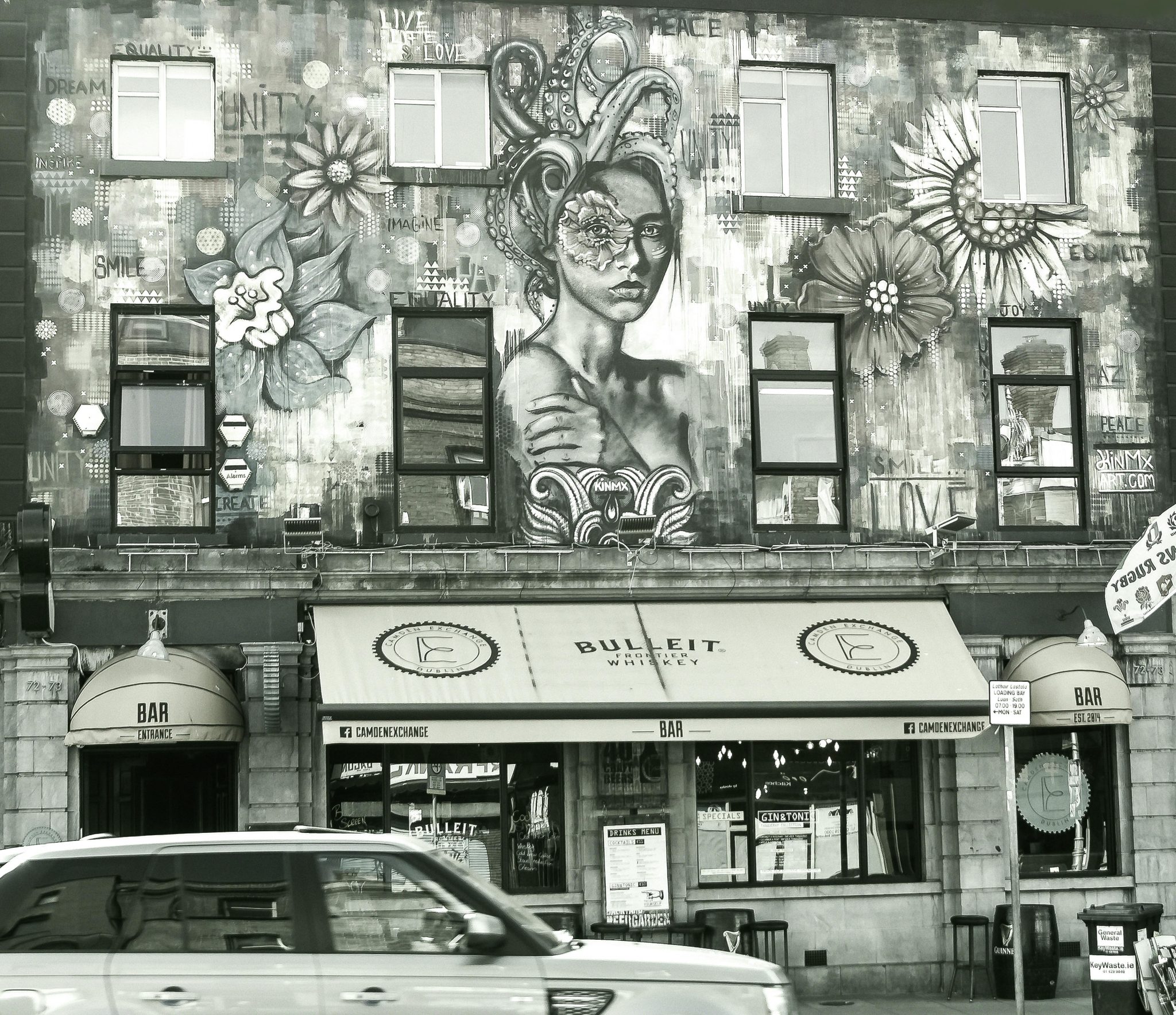 The huge plane seemed to float over the Irish coast and then over the outskirts of Dublin, a beautiful capitol city, at 8:30 AM. It was light outside. The people in the large middle aisle and two side aisles in front of me—I sat in one of the last seats at the back of the plane—were subdued. No one talked; no one seemed to move.

The flight hadn’t been bad; it hadn’t been good either. What was most remarkable, it had been short. The flight had not been like jetting from New York to New Delhi for an interminable period, where, on arrival, you were not dead but wished you were.

I had not slept or watched a movie. Rather, I had looked too many times during the 6-hour flight at images I had shot with my Pentax 645 medium format camera on New York city streets and at materials I had gathered on the Internet on the subject of climate change. In other words, I worked all night. I wasn’t tired, but I wasn’t feeling well either, much less optimistic. Before becoming fully awake, I had de-planed, gathered my bags, and boarded a bus which traveled through a tunnel 2.8 miles long and emerged near the River Liffey in downtown Dublin.

Soon enough, I had been deposited at my hotel on Wexford Street, called the Camden Arms. I had two hours to unpack and take a 40-minute nap. Then I had to meet my tour director and my colleagues. We were going downtown to walk through a part of Trinity College, the oldest university in Ireland, founded in the 1590s by Queen Elizabeth I (Henry VIII’s daughter) and open to, at that time, only Protestants, despite most of the population being Roman Catholic.

In the Trinity College Library, standing on the first floor and peering into glass cases with special lighting and atmospheric controls, I stared at pages from the four gospels of the Bible: Matthew, Mark, Luke, and John. The gospels had been translated from Greek into Latin, roughly, in 381 AD by St. Jerome and called the Vulgate (common people).

Then in 900 AD, the monks in the Abbey of Kells, which was located roughly 40 miles from modern-day Dublin, decided to copy and illustrate their own version of the Vulgate gospels on specially treated calfskin. While they copied the text, they added colored drawings and symbols and bound their work into separate books or folios.

Although I could read Latin, I could not read this particular Latin because the monks had used a medieval script, called insular majuscule, with which I was not familiar. It was frustrating.

Still, the monks in the abbey, working in their tiny cells by candlelight and copying sentences and verses by hand, had become their own publishers. The birth of Guttenberg and the invention of the printing press, however, would not occur for another 800 years. It’s important to note, as a result, that the monks’ work on the gospels was not for their parishioners (the common people), but for themselves (the clerics). In effect, the Book of Kells was not actually a project for spreading the faith to many; it was a project for preserving the faith of a few.

The Book of Kells, to this day, is the most famous and most valuable work in the Trinity College Library, despite the library also containing first editions by various modern Irish superstars, such as Jonathan Swift, Oscar Wilde, and W.B. Yeats. In the morning on the next day—it was a Sunday—a friend and I walked down Wexford Street, crossed several other streets, and entered a large park behind St. Patrick’s Cathedral. It was a church I knew something about. I knew that not long after arriving back in Dublin in 1714, Jonathan Swift, a politician and sometimes poet, had become the church’s director and then its dean. Soon he became a writer with a big reputation.

Earlier in my life, almost accidentally, I had read many of Swift’s writings, including not only Gulliver’s Travels but also the Tale of a Tub and a Modest Proposal. The latter was, to be specific, a political pamphlet which recommended to the Irish people, after their potato crop had failed, that they should start eating their new-born children.

The pamphlet appeared under the name of another man, since Swift himself was an Anglican priest. But then, Swift was outed, and there was a scandal. In reality, however, although Swift was an official in the Anglican church and an important member of the English establishment, he also was a fierce critic of the English government and its policies in Ireland. The English government’s policies had aimed at keeping the lower classes in Ireland poor and illiterate. Ireland was, in effect, a slave state. It was no secret. English landlords owned most of the property in Ireland. After they extracted their rentals, they spent their money elsewhere.

But while church and state were combined in England in 1534; in Ireland from that date forward, they were separated. Also, while the Irish people remained almost completely Roman Catholic, their masters, their English overlords, became protestant (Anglican). Dublin boasted the only two Anglican cathedrals in Ireland, Christ Church and St. Patrick’s, during the 17th, 18th, and 19th centuries, but many other Roman Catholic places of worship remained open all over Ireland. The lesser churches simply had not been important enough for Henry to seize. More recently, in the 20th Century, Ireland had become a republic although it had remained largely a nation of Roman Catholics with many Roman Catholic churches.

But meanwhile the two Anglican cathedrals in Dublin were empty, except for tourists. Inside Christ Church, our guide, a Roman Catholic, had remarked to me, “Look around you. You don’t see any parishioners, do you?”