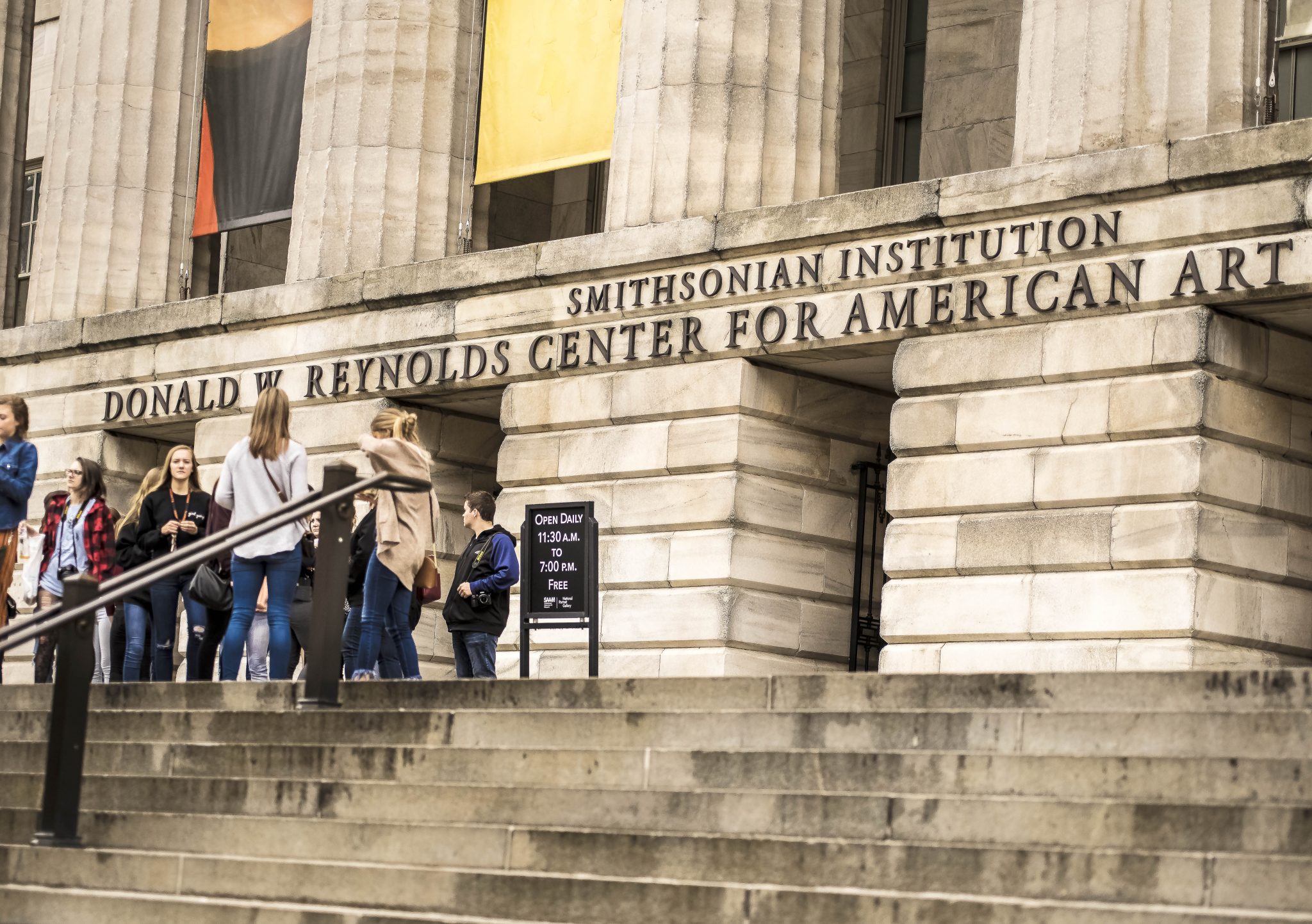 It is Friday, April 27, several days after I landed at Ronald Reagan Airport in Washington, D.C.

Today, Maria, my 14-year old niece, and I are going to the National Portrait Gallery in downtown Washington, D.C. to see the newly hung portraits of Michelle Obama and Barack Obama, which, we understand, are located, respectively, on the second and third floors of the museum. The portraits, done by two African-American artists, Amy Sherald and Kehinde Wiley, and first revealed to the public on February 12 to high praise, were the primary attraction at the museum over the last two months.

Since we are staying in McLean Gardens near the intersection of Wisconsin and Rodman, we have to catch the metro in Tenleytown and ride the Red Line to the metro stop, called Gallery Place. The short trip to the Portrait Gallery, which lies between 7th and 9th Streets on F Street, and covers two city blocks, takes about 20 minutes. The metro, when it’s not the morning or evening commute, is not crowded.

We take the long escalator out of the underground tunnel toward the overcast sky above Washington, D.C. The Long Escalator at Gallery Place on the Red Line

We can see the museum immediately when we emerge from the metro. A crowd of students, holding their cameras, is standing at the top of the steps leading into the museum. They have just come out on the museum, and they appear restless.

We go inside the museum and, at the information desk, pick up a map showing the current exhibitions and the rooms where they are located.

Michelle’s portrait, which is on the third floor with other celebrities of the 21st century, is roughly 8 feet tall and shows her sitting and wearing a white and black dress set against a cream-colored background. It is a beautiful and striking work which easily dominates the room even though several other paintings in the room are larger. Her portrait  is simply executed and dramatically lit. But the room is crowded, with so many people standing in front of the painting that the line of prospective viewers stretches out the door and into the hallway. At least half of the people in the room are African American, all of them brandishing small digital cameras. They take pictures of each other standing in front of Michelle and laugh and joke among themselves. In fact, they are mainly women, dressed in their best clothes, nothing even remotely casual. The guard standing beside the painting is also a young African American man, very handsome and dressed in a sharply fitting black suit, but he looks harassed because of the size of the crowd and its playful mood.

When we leave Michelle’s portrait and go to Barack’s on the second floor, we take the elevator and end up in the very large room, which I have visited many times before. It contains all of the portraits of all of the presidents of the United States from the first to the last, but hung in no specific order that I can figure out.

We walk past, for example, a portrait of Grover Cleveland, sporting a big walrus mustache and high-starched collar, and then we walk past a portrait of Dwight Eisenhower in a tight-looking gray suit and nondescript tie against a white shirt. Ike looks ill at ease, and his skin seems too pale by far as if he avoids the outdoors and strenuous exercise.

Across the room on the far side is an enormous portrait of John Kennedy, roughly 12 feet tall, done in blues and greens in modernistic style. Kennedy, however, is barely recognizable because of the jagged brushstrokes of the artist.

Then straight ahead of us, in the middle of the room, with a long line of people standing and waiting patiently, we see Barack, or, rather, we see Barack’s portrait. Unlike the case with Michelle’s portrait, the people waiting in line in front of Barack’s portrait are mainly Caucasian, not African American.  Then I notice a black couple with a 4-year old daughter; the little girl smiles at me; I say hello to her.

The portrait of Barack is not quite as tall as the portrait of Michelle, and his has a completely different color scheme from hers. Barack, like Michelle, is sitting in a chair. His attitude is friendly and informal whereas hers is regal and self-contained. Also, Barack is leaning forward slightly in his chair as if he is listening to or talking with someone standing in front of him.  Is that person, the viewer himself or herself?

Behind Barack, we see a backdrop of green leaves, with several of the leaves falling over his left arm . He wears a reddish brown suit with no tie. His shirt collar is open. I stand at the back of the line with about 20 people in front of me. I can’t wait and start shooting between the heads of the people in front of me with a 90mm lens attached to a Pentax 645z. Finally, I am at the front of the line, and I take out an IPhone in addition so that I can email the image immediately after I take it with the IPhone. In front of me and to my right, two African American guards are standing. I hear them talking with each other, but I can’t make out their words. They are comfortable, not nervous, like the guard in the other room.

I turn to Maria, who just went through the line herself and shot her own images.

“It’s good to see Barack again,” I say to Maria. “I feel better than I’ve felt in months.” Maria Celebrating the Memory of the Obamas with Ice Cream

“You mean,” she replies, “you feel better than you have felt since Trump won the election.”

“Yes,” I say. “These are depressing times. Let’s celebrate by going and buying ice cream.”