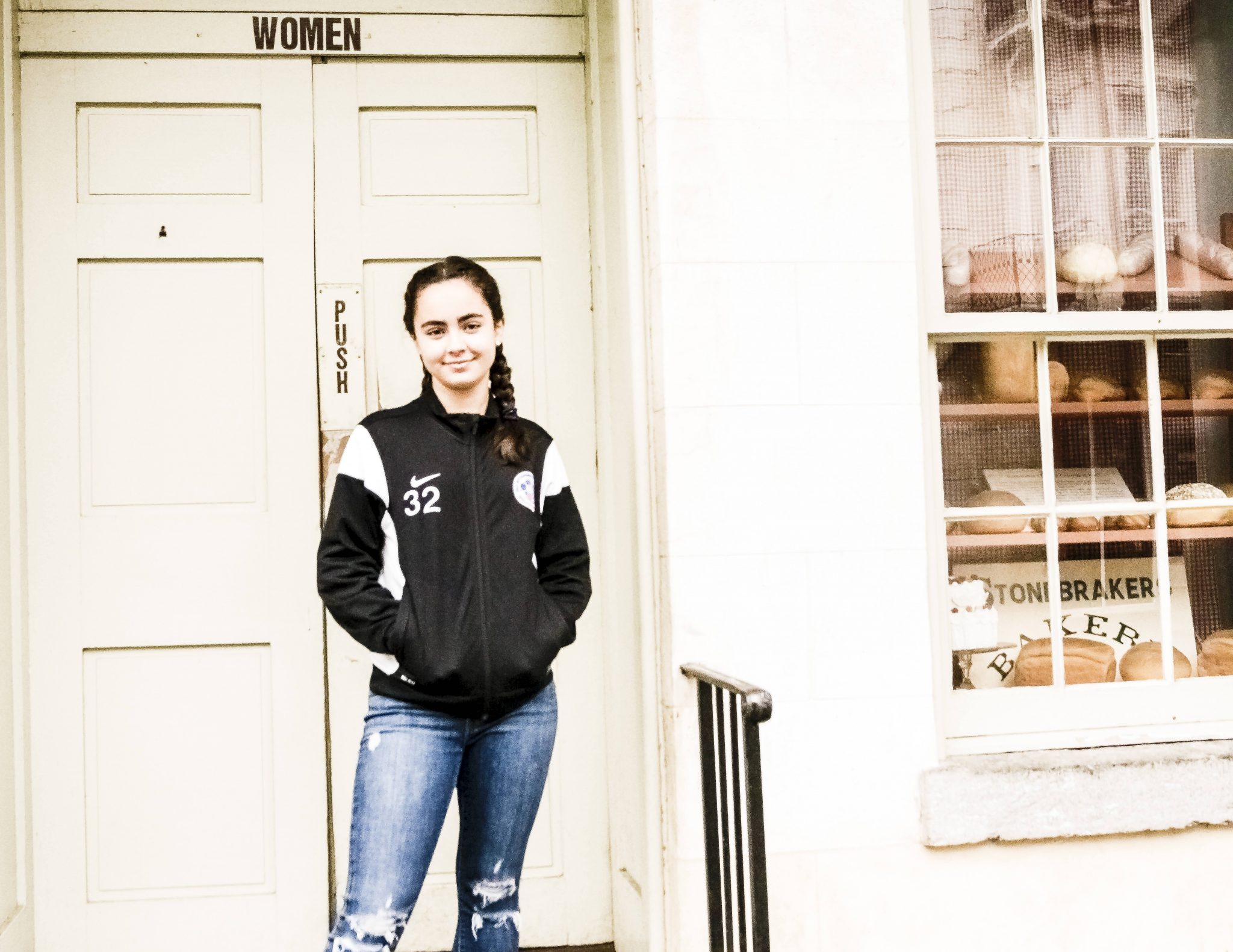 It is Saturday, April 28, exactly 4 days after I landed at Ronald Reagan Airport in Washington, D.C.

Today, Maria, my 14-year old niece, and I are traveling, by car, on a short trip (66 miles) to nearby West Virginia and the famous pre-Civil War town of Harpers Ferry, where the abolitionist John Brown and his supporters attacked the U.S. National Armory in October, 1859. They wanted to seize enough rifles or, more accurately, muskets to arm the slaves and foment a rebellion against the U.S. government.

But, the raid failed. John Brown was captured, tried in court, and hanged by the neck.

Ultimately, though, the abolitionists achieved their goal. By the end of 1861, a total of 12 southern states had seceded from the Union, and, by December, 1863, President Abraham Lincoln, resisting their secession, had gone to war and, furthermore, issued the Emancipation Proclamation, granting freedom to all slaves in the newly formed Confederate group . Maria and I left Washington, DC, on the Belt road, took Highway 270 to Frederick, Maryland, and then proceeded on Highway 340 to Harpers Ferry at the confluence of the Shenandoah and Potomac Rivers. The small town of Harpers Ferry, once a manufacturing center and a principal transportation route through the Blue Ridge Mountains to the Ohio Valley both by water and by rail, now has lost nearly all of its influence.

Harpers Ferry, in the 2010 census, counted only 286 inhabitants. They had a median age of 52 years. The town and its houses and buildings, however, have been partially restored and turned into a national park. Maria and I turned right off of Highway 340 and onto Washington Road, went through an area called Bolivar Heights, where the Confederate General Thomas (StoneWall) Jackson captured 12,700 Union troops early in the Civil War, and dropped down High Street to Shenandoah Street, facing the Shenandoah River. We passed a number of two- and three-story houses on the westside of the steep hill going down High Street, houses which nowadays have been converted to country inns. We turned left at the bottom of the hill on Shenandoah Street and then left again on Potomac Street and passed the knoll where the U.S. Armory had been located. Farther up Potomac Street on the right side, sitting above the Potomac River, we parked in front of the new train station. The railroad line now is called the CSX, but formerly it was called the Baltimore and Ohio, or B&O, line because it connected the port in the city of Baltimore with the cities and towns along the Ohio Valley.

Maria and I went in the John Brown Museum on the corner of Potomac Street and Shenandoah Street; we also went in a series of restored buildings along Shenandoah Street which had been made to resemble dry goods and clothing stores from the 1860s.

Maria said, “It’s obvious. John Brown and his followers were the spark that set off the Civil War.”