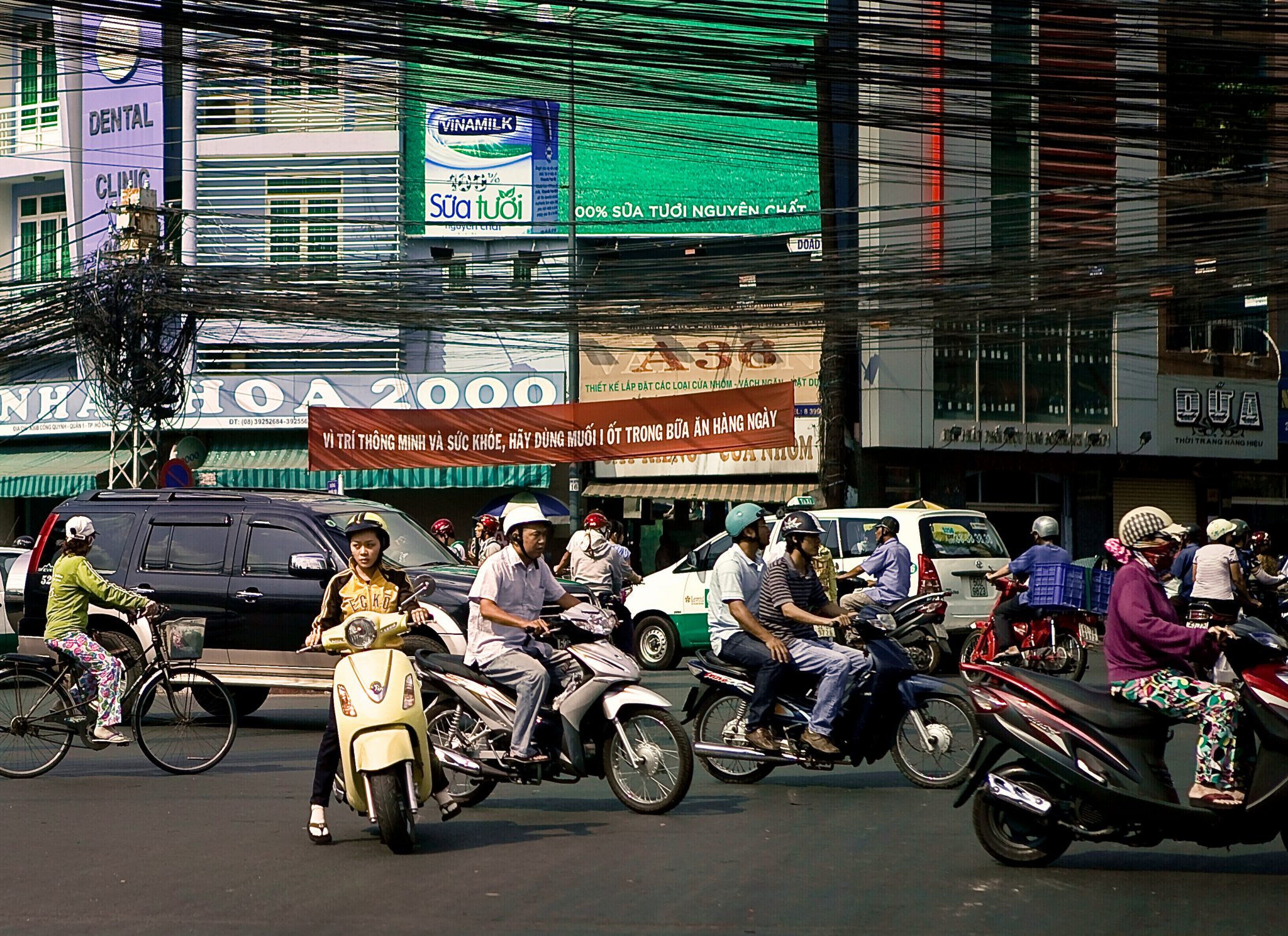 In Vietnam, the workers who toil in the factories driving the nation’s rapid economic ascent belong to a single labor union: Vietnam General Confederation of Labor, or VGCL. As the only labor union in the Southeast Asian nation of 90 million people, the VGCL allows the nation’s communist party leaders to dictate the working and living conditions of millions of people producing the clothing and electronics at the heart of Vietnam’s growth.

The growth is impressive: For 2016, analysts predict Vietnam’s economy will grow at a rate of 6.9 percent, an increase from 6.7 percent for 2015. In Asia, only India’s economy is growing at a faster pace. But while the productive labor arrangement allows holders of power in Vietnam to fuel a high rate of growth for their nation and capture growing amounts of wealth for themselves, it also keeps a large segment of the nation’s population, both adults and children, in a state of perpetual servitude. Because Vietnam’s communist party leaders prohibit independent labor unions, the nation’s workers have no recourse to improve their working and living conditions.

Proponents of the ambitious Trans-Pacific Partnership, or TPP, which would create a free trade zone among 12 nations, including Vietnam and the United States, argue the new trade pact would establish a new labor arrangement in the Southeast Asian nation. In this new arrangement, U.S. officials would force Vietnam’s communist party leaders to follow new rules for allowing workers to form independent labor unions and improve their working and living conditions.

Opponents of the trade pact contend the new rules for Vietnam’s leaders only would be as strong as the political will to enforce them. They point to the fact that, under the terms of an annex, called U.S.-Vietnam Plan for the Enhancement of Trade and Labor Relations, to the TPP, only U.S. government officials would have the power to stop labor abuses by Vietnam’s communist party leaders. No other actor, such as a human rights organization, in the United States, Vietnam, or any of the other ten member nations—Australia, Brunei, Canada, Chile, Japan, Malaysia, Mexico, New Zealand, Peru, and Singapore—would have such power. According to the critics, it is unlikely U.S. government officials would take any action that could cause the loss of commercial opportunities. Growing Economy Does Not Benefit All Citizens

Vietnam already has become an attractive trade partner to nations around the globe as a result of a shift in mentality among the nation’s communist party leaders. “We are always ready for integration,” says Tran Tuan Anh, the Southeast Asian nation’s minister of industry and trade, “not just because of the TPP, but because it is a requirement and also a motivation for development.”

According to a new report, titled Global Enabling Trade Report 2016, Vietnam ranks 73 out of 136 nations based on an ability to facilitate trade with other nations. The report’s authors, from two international organizations, the World Economic Forum and the Global Alliance for Trade Facilitation, cite improvements in the efficiency and transparency of Vietnam’s customs procedures. In 2014, the two organizations ranked Vietnam 87 of 136 nations.

Today trade between Vietnam and the United States continues to grow, despite the fact that officials in each nation impose a large number of tariffs on goods from the other. On the west side of the Pacific Ocean, the Southeast Asian nation represents the fastest growing market for the exports of American firms: In 2015, U.S. exports to Vietnam reached $7.1 billion, an increase of 24 percent from the previous year. On the east side of the ocean, the North American nation absorbs a majority of the exports of Vietnamese textile and apparel manufacturers: In 2015, Vietnamese exports of manufactured apparel and footwear to the U.S. exceeded $15 billion. The Prospects for Labor Reform in Vietnam Are Not Clear

No Impetus for Change

Analysts believe the TPP would boost Vietnam’s gross domestic product 10 percent by 2030, driven by a surge in exports of textiles and apparel to the U.S. They also predict that, with the elimination of the protectionist taxes that would occur in a new free trade zone, American firms could double their exports to Vietnam by 2020.

But as the prospects for the TPP continue to dwindle in the United States with the imminent inauguration of incoming President Donald Trump, who promises to reject the trade pact, the prospects for labor reform in Vietnam become less clear.

If, in the presence of the TPP, U.S. government officials were the only ones who had the power to ensure that Vietnam’s communist party leaders granted new freedoms to their nation’s factory workers, then, in the absence of the pact, no one else would seem to have the power to hold Vietnamese officials accountable for their actions. It would seem, then, at this moment, there is no longer any impetus for change to the status quo of millions of factory workers across Vietnam.