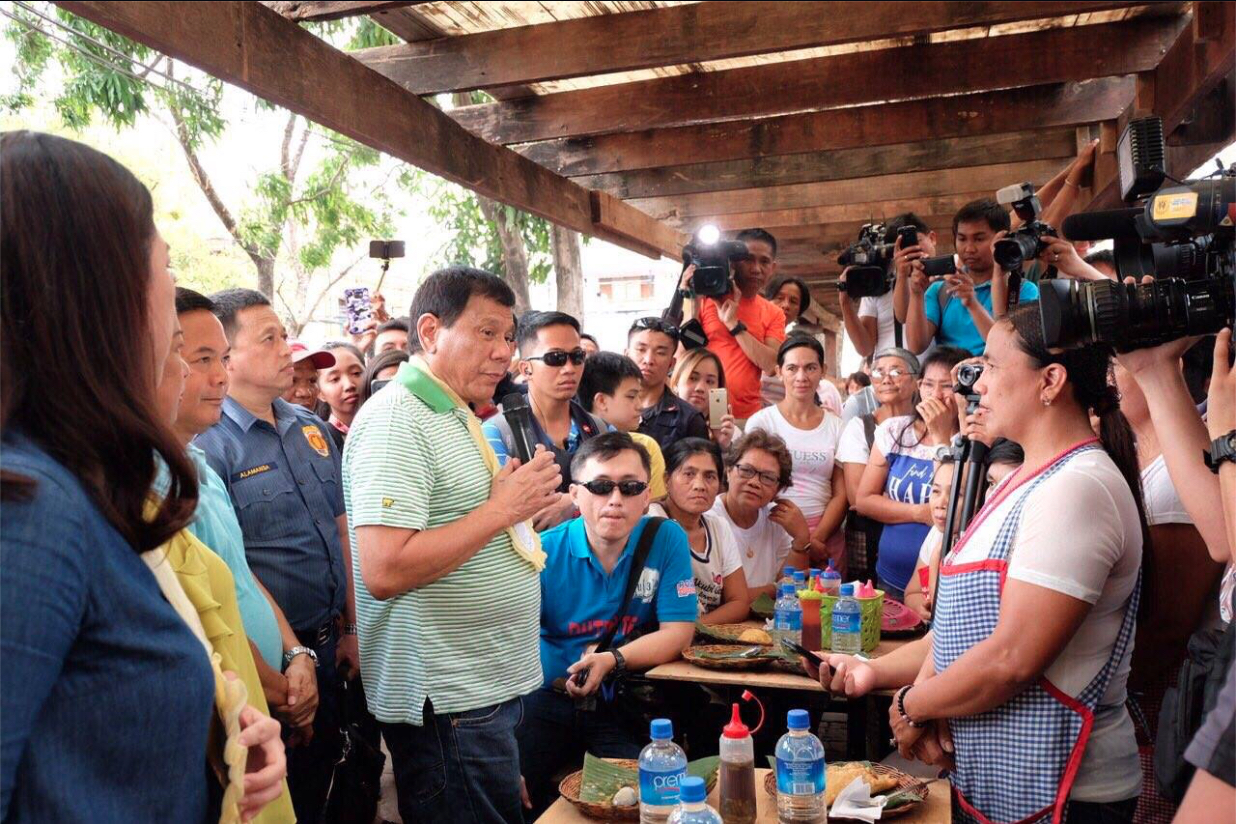 I looked at Rosalie over my left shoulder from my front seat next to the taxi driver. It was a Saturday afternoon, around 4:30. We were traveling along Torres Avenue in downtown Davao and heading for Bistro Rosario, an Italian restaurant. Rosalie sat in the back behind the driver. Next to Rosalie, Gia, my interpreter, sat and stared out the window. She looked bored.

Rosalie and Gia were childhood friends.

Rosalie was describing her work in her civil service job with the Department of Public Works and Highways. “When we use someone’s land to build a road or a school,” added Rosalie, “we have to pay for it. Right? We can’t just take things away from people. And I am the one who has to meet with the landowner, or, as we say in legal terms, the claimant. I have to go out, meet with him, and negotiate a fair price.”

“Right,” Rosalie said. “There’s the problem. I am under a lot of pressure. The job is hard.”

Rosalie worked in the legal division of her department, called Region XI, on the island of Mindanao. It served the cities of Davao, Digos, Mati, Davao Oriental, Panabo, Samal, Davao del Norte, and Tagum and, as well, the intervening rural areas. It also included 5 million people.

Frequently, Rosalie had to travel, although typically she did not have to go outside the region, with the exception of an occasional trip to Manila.

It was only two days previously that Rodrigo Duterte, the long-time mayor of Davao City and the incoming President of the Philippines, had made a controversial decision.

Duterte had chosen the son of a prominent real estate millionaire for the position of Secretary, Department of Public Works and Highways, for all of the Philippines, not for just the cities and provinces on the island of Mindanao. Critics were surprised and immediately angry. The action would provide, they said, new opportunities for graft in a government agency long regarded as the most corrupt in the Philippines.

I asked Rosalie about Duterte’s appointment and about the criticism. She didn’t answer directly.

Rosalie said that she didn’t know what Duterte’s new administration would mean for her and her colleagues. “No,” she emphasized. “I can’t guess. I can focus only on what I can do.”

Rosalie and Her Projects

The Department of Public Works and Highways, which oversees many of the upgrade projects in Davao, limits most of its attentions to roads and highways, but it also builds some schools and other government buildings.

The taxi driver stopped for a red light. Gia rolled down her window, letting in some warm air and loud noises. She was becoming more impatient.

Rosalie, though, was becoming more interested in her problems.

“Each one of my projects has four stages,” Rosalie announced. “They are design, costing, implementing, and constructing. “I become involved at the third stage,” she said. “By this point, all of the tasks in designing and costing, supposedly, are done. But, often, they are not. Finishing them pushes out my schedule. We go over time and over budget.”

Gia rolled her window back up, blocking out the noise.

“The problem,” said Rosalie, “is communication between finance and engineering. No. I mean lack of it. Well, I mean not enough of it. We just don’t co-ordinate well. But I guess no large bureaucracy does.”

“But what about over-budgets,” I asked. “Where does the extra money come from?”

The taxi driver pulled the little white Toyota to the curb in front of Bistro Rosario. The three of us stepped onto the sidewalk in the heat, paid the driver, and entered the restaurant. Rosalie and I walked ahead; Gia followed us.

Rosalie and I stopped momentarily on the main floor of the restaurant, decorated in an upscale style, but Gia kept walking to the stairs and started up them to the second floor.

“We should sit upstairs,” Gia called back. “There is more room; there are better tables. I will order for all of us. You are too slow. I am hungry.”

“Basically, at this point,” said Rosalie, without looking at Gia or reacting to her words, “I serve as a liaison between the two sides, facilitating the process of reaching a figure agreeable to both of them. The contractors are motivated to cooperate, because they want to get started working as quickly as possible. They know their idle workers and idle machines will cost them money. The landowners are motivated as well because they know, if they present a good case, they will get a better price.”

When I sat down at the table, I admired the art hanging on the walls and the plates, glasses, and eating utensils, but I noticed that most of the dishes’ names, written in Italian, in fact, were not spelled correctly. I had lived in Rome for 2 years. Also, only three other tables had customers.

“We are early,” Gia commented. And, then, clearly to distract Rosalie from her conversation on the way to the restaurant, Gia added, “Did you know that Rosalie has a new love in her life?”

I shook my head. I knew that Rosalie had been separated from her husband, a musician, for almost three years. Also, I knew, because Rosalie herself had told me, that her estranged husband had refused to file an annulment to dissolve their marriage. She thought she would have to buy him off. Incomplete Projects in Davao Are a Hazard

“When did you meet this new man?” I asked.

“Two weeks ago,” replied Rosalie. “It was on the job. I had to travel to Mati to meet with some claimants. When I arrived, I had to find a place to talk and to hold the meeting. The local barangay captain offered me the use of his meeting hall. After I finished the meeting with my claimants, the captain asked me out.”

“Hmmm,” I said. I looked at Gia. She was laughing. “You gave me the impression that you worked all the time.”

“Why should I tell you everything?”