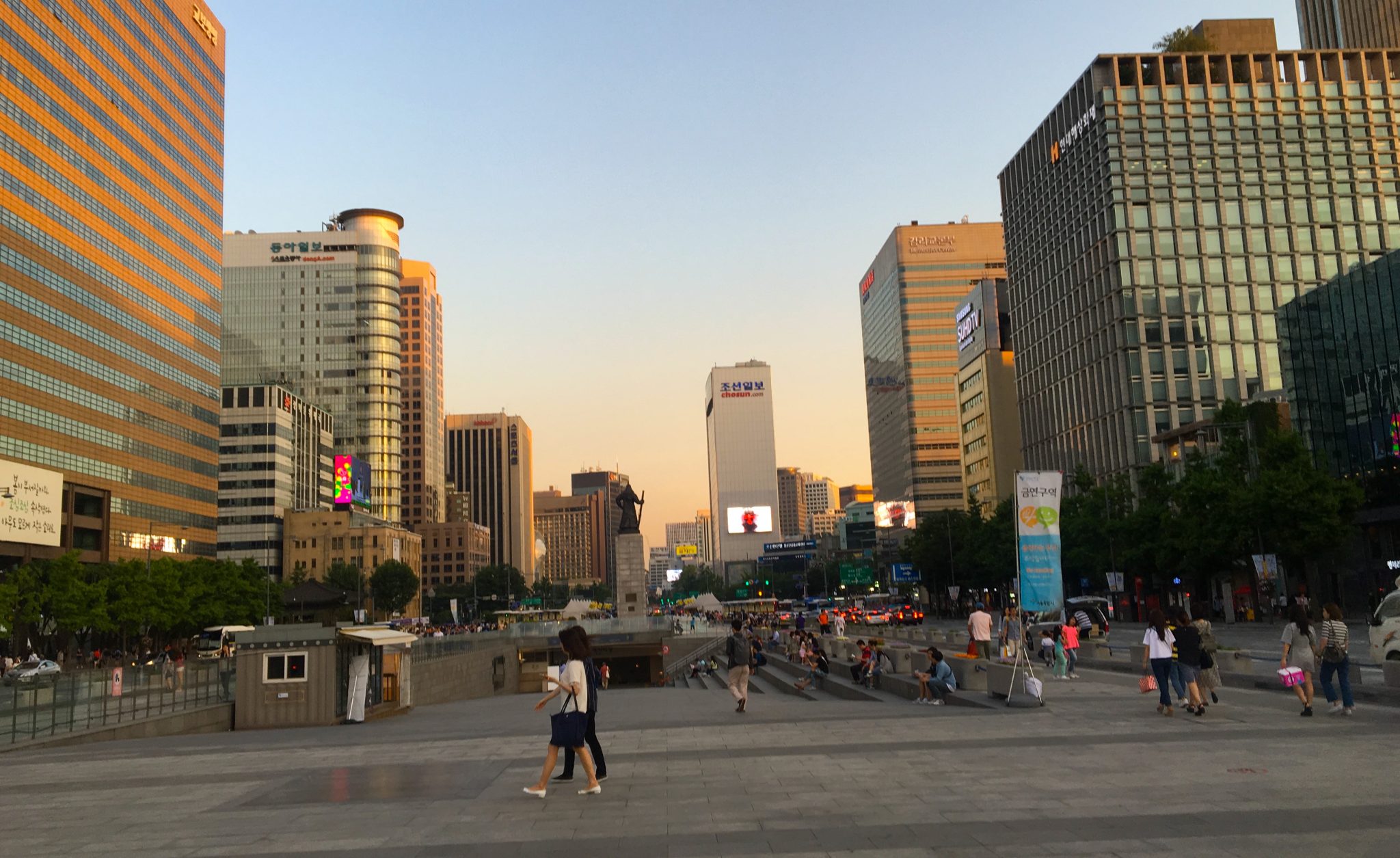 A malaise is spreading through South Korea’s 50 million people, particularly its younger generation. A recent poll reveals almost 60 percent of South Koreans think conditions are as bad now as they were during the dark days of late 1997 and early 1998, when the International Monetary Fund had to bail out the Korean economy. The poll, conducted by Chosun Ilbo, a major newspaper in Seoul, shows deep pessimism among young adults. More than 72 percent of South Koreans in their 20s believe the nation is in crisis. The Korean Peninsula Has Become an Increasingly Difficult Place to Live

While an increase in exports created the Korean Miracle of the 1960s, 70s, and 80s, a decline in exports is creating the Korean malaise today. The nation’s exports account for half of its gross domestic product; and a quarter of its exports go to China. However, China’s appetite for goods from South Korea has declined precipitously, as its own economy has stalled. From a figure of 14.2 percent in 2007 to a figure of 6.9 percent in 2015, China’s growth rate has decreased rapidly, according to figures from the World Bank. As South Korea’s economy has sputtered, the nation’s businesses have changed their hiring patterns, eliminating permanent positions and offering instead temporary jobs. Today, young Koreans between the ages of 15 and 29 need almost one year to obtain full-time, salaried work after leaving school, according to Statistics Korea, a government agency, located in Seoul.

The result of the economic slide is a glut of irregular jobs, which provide no security or benefits. According to the Korea Labor Institute, approximately two-thirds of the young people who secured employment in 2015 obtained irregular jobs.

But, when young workers in South Korea get stable, long-term jobs, they often find their working conditions unbearable. The average time in a first job for a young Korean is 18 months, according to Statistics Korea. Approximately 60 percent of young people in the nation quit their first jobs; 50 percent of them blame low pay and long hours. In the past, hard work in school and at the office led to a comfortable lifestyle in one of South Korea’s ultra-modern, high-tech cities.

Today, the older generations of Koreans who entered the workforce during the 1970s and 80s, when the economy was growing fast, remark that their children are not working hard enough. “My parents tell me to do more,” says Park Gong-Ho, 33, a copy editor at a newspaper in Seoul. She earns $4,000 each month and shares a small, two-bedroom apartment outside the city with a roommate. Her rent is $1,000 per month. She doesn’t have the option of living with her parents, who are divorced, each one living in a different part of the country.

Like many Korean workers, young and old, Park Gong-Ho puts in 14-hour workdays. “It doesn’t matter how long I work,” she says. “I can’t get ahead. How do I earn enough money to buy my own place? How do I save enough money to have a family of my own?”

At the end of each workday, growing numbers of young people across South Korea criticize their options. Many of them express frustration with living and working conditions by taking a name, Joseon, from the fifth-century, Korean feudal system and adding a second word to it. South Korea, then, becomes Hell Joseon. The pressures young people in South Korea feel are not only economic; they are, also, socio-cultural.

“We need new customs in Korea,” says Joe Lee, 38, who now goes by his American name after leaving Seoul and settling in Los Angeles in 2005. “We still believe the solution to every problem is to work longer hours. We instill this notion in the minds of children. But, the world has changed. We keep doing the same things and expect different results.”

To escape the pressure, many young Koreans make new lives for themselves in the United States, where they can achieve a better balance between work and family, despite challenges imposed by alien customs. “It’s not easy to start a new life in the United States,” says Joe Lee, who operates a small business selling medical supplies to hospitals. “But, in Los Angeles, with its large Korean community, it can happen within a few years. My life is better here than it was in Korea.” But not all Koreans who aspire to a good job with a comfortable home have to stay in the United States for extended periods. Some young people leave South Korea just long enough to attain an advanced degree from an American university.

“If your family has money, you can acquire the degrees which are prized by Korean society,” says Changkeum Kim, 51, a columnist for a major newspaper in Seoul. “With a degree from an American university, you can succeed at home while demonstrating an ability with English.”

An advanced degree from an American university is the final step in the educational process. “If you’re a member of the privileged class,” says Changkeum Kim, “then you already have the right connections. You still have to study hard and work hard, but you have opportunities few others have. You can live a comfortable life in Korea.”