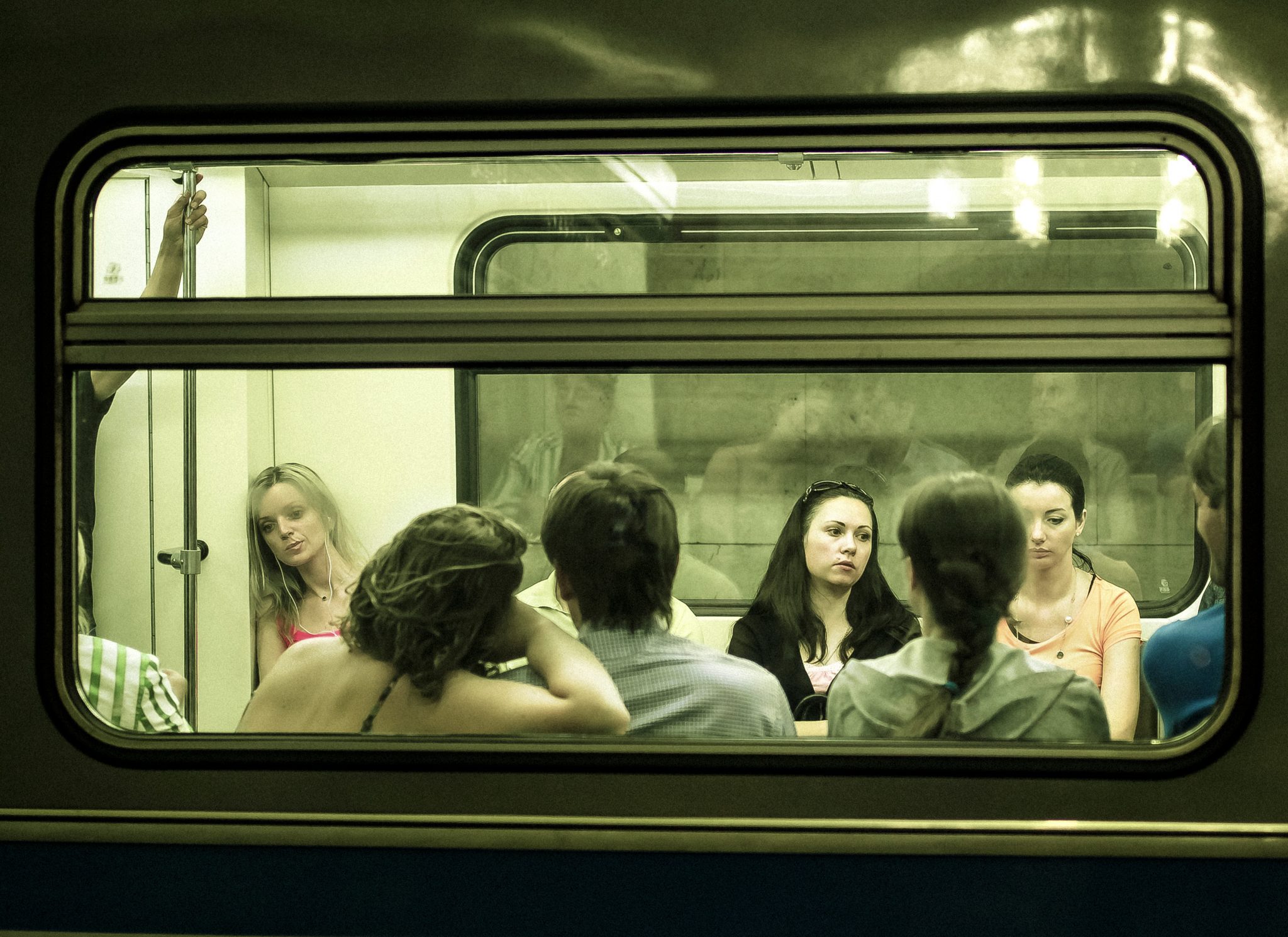 Underneath the City: Moscow

That night on the boat I finished reading the yellowed pages of Notes from the Underground. I looked over the railing of the ship’s upper deck into the Moscow River, feeling the warm June air, realizing I had read the same book too many times. The water in the river was filthy.

I wondered what Dostoevsky, who wrote about Moscow in the 1860s, would have to say about modern-day Russia. Probably life under the czar wasn’t so different from life under Putin.

The next morning, at breakfast, around 7:30, our tour leader, the beautiful Natasha, said the plan for the day was to see Moscow’s subway and, then, have a good lunch. It was one of the world’s most famous undergrounds. “We will be in the city center at noon,” said Natasha. But she was from Yaroslavl, a city about 150 miles northeast of the Russian capital. She didn’t live in the capital. What did she know?

Natasha looked across the table at the 14 members of the group. Her eyes rested on Igor. “You will be joining us today?” she said. Yesterday, he had disappeared while everyone went through the Tretyakov Museum.

Igor grinned. Then I saw Dirk, the tiny Dutchman, sitting next to him. Dirk grinned, too. I turned to find Johanna, Dirk’s wife, at the opposite end of the table, staring at a plate of fried eggs. She appeared to be sick. A Morning in the Subway

The chandeliers hanging from the vaulted ceiling lit up the tracks and adjacent platforms at Arbatskaya Station. I had never seen a metro like this one. We were in the center of Moscow, 100 feet underground. It was 11:30AM, on a Sunday. I stood next to the tracks reviewing images I had taken of citizens hurrying to the trains. Even at that hour, on that day of the week, nobody walked slowly. Several local women in their 50s and some tourists shoved past me. A woman fell down behind me, and yelled at a man with a beard in front of me. “Jesus,” she said, waving at the man. “Come back here.”

The members of my group sat on a bench several feet away. Natasha stood further down the platform, looking toward the top of an escalator. She was going to take us to a restaurant, but she had to round up people who had gone missing.

Natasha said she had last seen Igor, Dirk, and Johanna on the top level of the metro station. Then she moved in the direction of the escalator.

I turned to Esmeralda. The Filipina woman from Los Angeles looked at the empty tracks. “Natasha,” Esmeralda pointed out, “said we would go to either Matryoshka or Savva for lunch. Do you remember?” “No,” I said. “I ate at Savva the day we flew in,” Emeralda continued, “so I told Natasha I wanted to eat at Matryoshka.”

“Either one is fine with me,” I said, “but I don’t want to spend any money.” I looked at Esmeralda, noticing, for the first time, her large brown eyes and jet black hair.

I had heard of the two restaurants, which were among Moscow’s finest. “I just hope we can get a table,” continued Esmeralda.

A train approached and stopped at the platform, opening the doors of its cars. Two middle-aged Russian women passed through the open door of one car. I saw Natasha coming down the escalator. Behind her were Igor and Dirk. But Johanna was not. Natasha, Esmeralda, and I sat at one end of a table on the second level of the Restaurant Matryoshka on Kutuzovski Avenue. We had just finished our meal of halibut dumplings, beef stroganoff, and partridge rissoles. The other members of our group had left. Some wandered around the restaurant’s cavernous room; others lounged in luxurious chairs and talked among themselves.

Sitting next to Esmeralda, I drank some mineral water from a bottle and leaned back in my chair and said: “I can’t believe this water costs more than a beer or a glass of wine.” Natasha smiled. Esmeralda looked at me and said, “You’re cheap.”

“Ordinarily, I wouldn’t worry about marital or personal affairs in one of my groups,” Natasha was saying to Esmeralda. “This was different.” Natasha paused. “I was worried about Dirk.” My eyes opened. “I thought Igor was taking advantage of Dirk,” Natasha said. “But I was wrong.”

The open concept of the restaurant permitted an unobstructed view from one level to the next. Downstairs Dirk and Igor were sitting next to each at the bar, talking and laughing with the bartender, a pretty young woman. No sign of Johanna.

Esmeralda interjected: “Johanna is having some kind of mid-life crisis.” Esmeralda paused. Then she said: “I think Johanna needs a psychiatrist.”