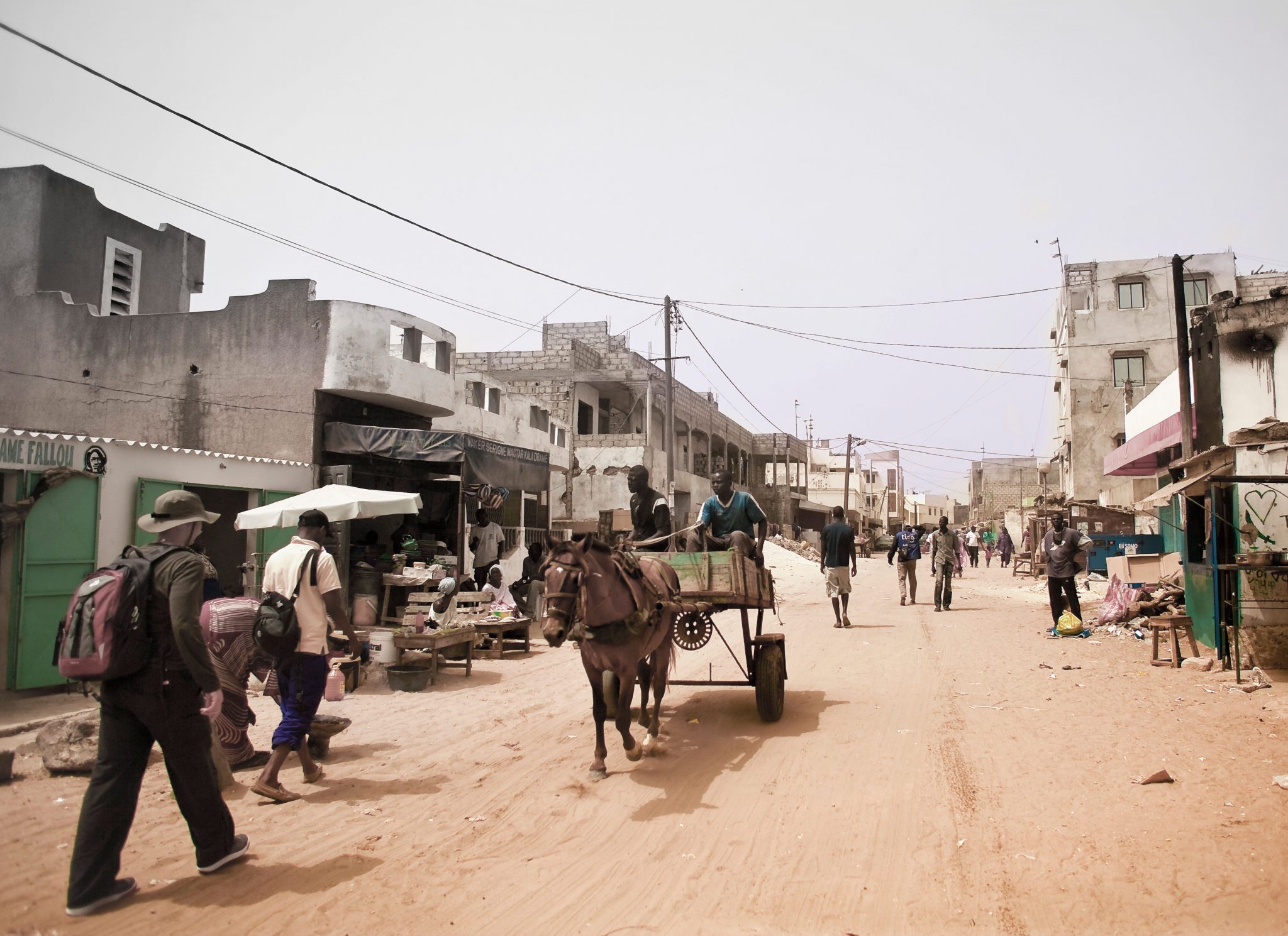 I had been on longer flights. But this one was particularly uncomfortable.

Lomax, my younger brother, didn’t fare much better on the plane, but he could brush it off faster because he liked to seem carefree.

The trip over the Atlantic Ocean was smooth. Flight DL216, 7 ½ hours from New York City to Dakar, the capital of Senegal, passed without incident.

The Delta Airlines airplane left John F. Kennedy International Airport on time, a couple of minutes after 10:00 in the evening, on a Tuesday. Also, the large craft had been less than half full, allowing me a row to myself.

I reclined across three seats. Lomax, in his own row immediately behind me, occupied three seats, too. But, neither of us had been able to sleep. We were tense with anticipation and uncertainty. Although we had traveled to South America and Asia before, we had not visited Africa ever. At 10:30 in the morning, on a Wednesday, we disembarked at Aéroport Léopold-Sédar-Senghor, the international airport serving Dakar.

When Lomax and I had collected our bags and entered the auxiliary terminal, we found ourselves surrounded by crowds who peered into our faces and spoke to us in French. But we spoke only English and Spanish, not French.

A dream-like air enveloped us, a combination of sunlight mixed with dust filling the terminal, revealing parts of walls, staircases, and other fixtures, either in a state of construction or deconstruction. Had the terminal been bombed?

After the ATM in one corner of the building rejected our debit cards, leaving us with no money in local currency, Lomax lost some of his customary sangfroid.

We pushed our way outside to a large plaza, where two boys walked up to us and, speaking in French, reached for our bags. The plaza seemed just as crowded as the terminal. My unease deepened.

The boys, who looked like they were 16 or 17 years of age, but who could have been 10 years older, knew who we were. But who were they? One said his name, which I interpreted as Jaly. The other boy, who appeared mute, didn’t offer a name.

I said to Jaly, “I couldn’t get any Senegalese francs from the ATM.” Jaly looked at me. It occurred to me he didn’t understand English. Then he said in heavily accented English: “There are two ATMs. Try the other one. You need cash for this afternoon. I take you to N’gor Township. We go to the beach. Then a good restaurant.”

I went back inside the terminal, leaving Lomax, Jaly, and the other boy with a total of three bags, including my camera bag which contained three film cameras and six lenses. I carried, over my shoulder, another bag containing my computer.

In one corner of the terminal, opposite the first ATM, I spotted the second one. I approached it, nervously, knowing I had to succeed. Although I had 50 U.S. dollars in a small passport pouch, I knew it wouldn’t go far.

After inserting my card, I studied the directions which appeared on the screen. I realized, though, I couldn’t read the words in French. I sensed failure. Then I failed. The machine spit out the card and no cash. I tried again. Same result. With rising anxiety, I walked back outside to the plaza. Lomax stood where I had left him. But Jaly leaned against a sign post, staring at his cell phone. The second Senegalese boy, though, was gone. A sense of doom swept over me.

I turned to Lomax, standing four feet away, and said, “Where is the other guy and our bags? I had $25,000 worth of cameras. Where did they go?”

“We put them in the car,” Lomax replied. “A few minutes later, two policemen came and told him he had to move his car.” Lomax pointed to a spot across the plaza. “He had double parked, apparently, trapping an ambulance.”

I looked in that direction, but all that I could see were hundreds of people. “So where is the car right now?” I asked.

“Jaly says his friend is driving the car around the terminal,” Lomax said. “He should be right back.”

“Jesus Christ.” My cameras are gone for good, I thought.

Jaly said nothing. I couldn’t tell what he was thinking.

“Let’s find the car,” Lomax commented, his voice scarcely a whisper. With Jaly, Lomax disappeared into the crowd. When we pushed through the crowd and arrived at the airport ring road, called Route de l’Aéroport, just beyond the plaza, we saw neither Jaly’s car nor his driver. A steady line of vehicles inched forward, their drivers looking for a place to pull over. But all of the spaces along the side of the road were occupied.

“Where’s your car?” I said to Jaly. I looked at my brother for some kind of reassurance. He looked away.

I could tell by glancing at Lomax the car and driver were nowhere in sight.

Lomax stood on the curb, looking down. I stood between two parked cars. I looked at the line of cars moving forward slowly. The bright morning sunlight was blinding. I reached into a pocket and removed a pair of dark glasses.

“That’s the car,” Lomax said, unexpectedly. His voice was loud. I followed his gaze but didn’t know which car he meant.

A small, four-door Fiat came to a stop opposite me in the middle of the road.

Jaly’s companion, wearing a red shirt with white pants, stepped out from behind the wheel, opened the back door closest to Lomax and me, and motioned for us to get into the car.

“I want to put my computer in the trunk,” I said to Jaly.

On the floor of the trunk, my computer bag, with its lock in place, rested next to the two larger suitcases.

Lomax was watching. “You have to start trusting me,” he said.