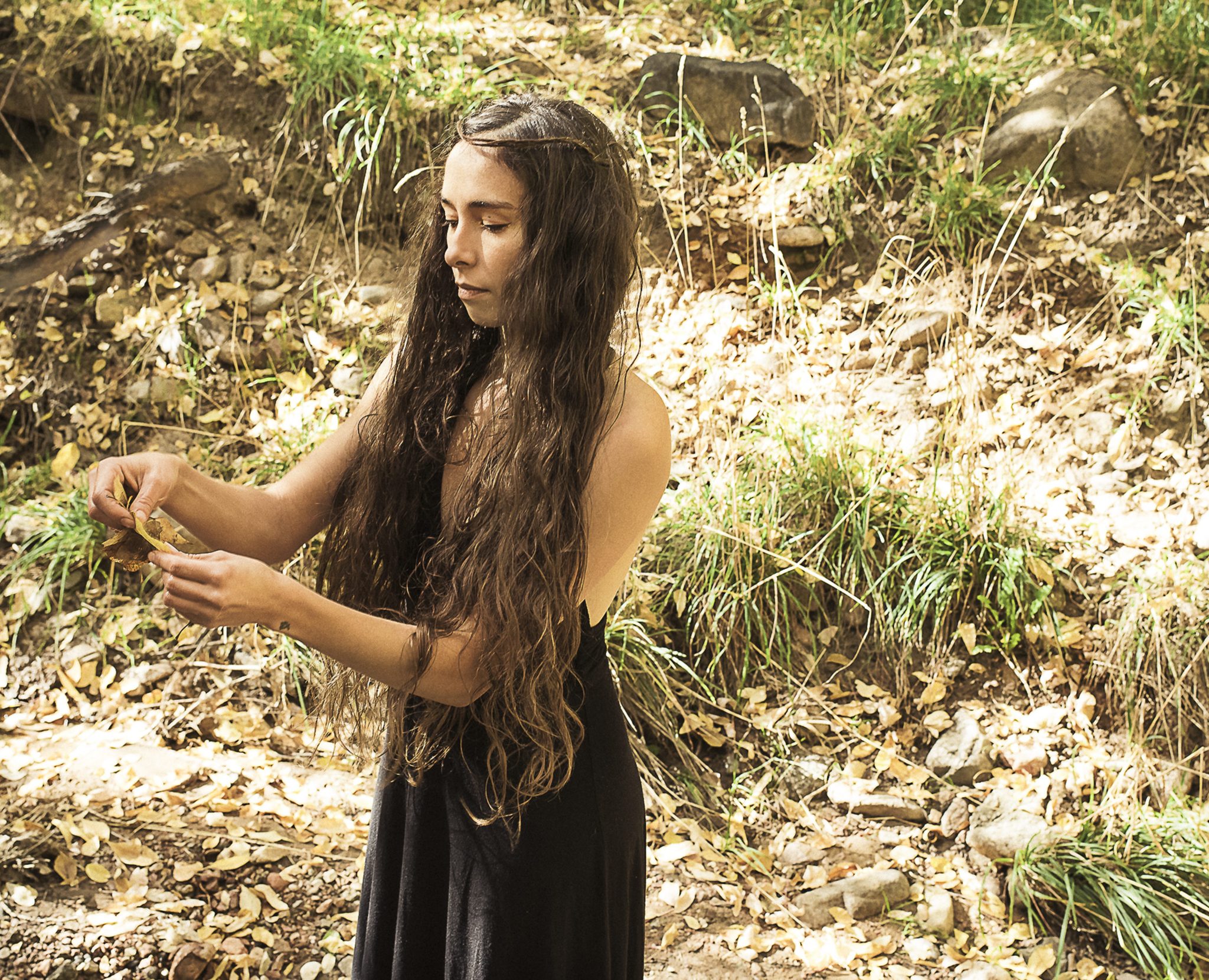 Two elderly Chinese couples sat at a table eating breakfast in the second-floor restaurant of Hotel Vissai. I heard one of the women speaking in English to a waiter. One of the men was a retired teacher. They were from Shanghai.

I had gone to sleep at 8:30 the night before, when several pharmaceuticals had knocked me out. Or, more accurately, when the drugs from the little blue and green packages took over. I recognized only one of the drugs, panadol, a pain medication.

Two days earlier, on Friday, while visiting the Củ Chi Tunnels, 20 km north of Ho Chi Minh City, with Thien, I suffered an allergy attack. After trying some herbal teas, I wanted something stronger. The hotel’s assistant manager, Le Van Lang, a man in his 50s, went to a nearby pharmacy and brought back the panadol.

I poured myself a glass of mango juice at the breakfast buffet. When I spotted Le Van Lang emerging from the kitchen, I waved to him. He waved back. A Game of Cards in Ho Chi Minh City

At my table, I reviewed my notes for the schools in Ho Chi Minh City I had visited and I checked my e-mail messages. In one, Karen confirmed lunch at Thai Express in the Vincom B shopping center.

I returned to my room. When I went down to the lobby to meet Thien, I found him sitting in a chair with a cup of coffee. “Feel better?” he asked. “The Củ Chi Tunnels,” he continued, laughing. “I didn’t think they would make you sick in one day.”

“More likely it was the flowers in the area,” I said, recalling the lush vegetation in the fields and the rivers and creeks.

During the war between American and North Vietnamese forces in the late 1960s and early 1970s, each side had used Củ Chi for a different purpose. Above ground, the 269th Aviation Battalion of the United States Army built an air base. Below ground, the North Vietnamese and their Viet Cong comrades developed a network of tunnels spanning 75 miles, complete with supply rooms, kitchens, and hospitals.

I felt claustrophobic when I crawled through several tunnels open to visitors. “I couldn’t last down there for longer than 15 minutes,” I said.

“You’re too tall,” replied Thien. “Although the tunnels you explored have been enlarged for tourists, they’re still too narrow for Westerners.”

A waitress placed a cup of coffee on the table. “I don’t think I traveled more than 30 feet overall,” I said. I looked at Thien, a handsome man in his late 30s with a slight frame. “How many of those tunnels have you been through by yourself during visits?”

“Many,” he replied. “But we aren’t in a war now. There is a difference between crawling through the tunnels because you are curious and living there because you want to survive a war. The Viet Cong were desperate. Those who lived through the war had serious health problems later.” At the Metro with Thien

I called my taxi driver, Binh. “Thien and I want to go to the Bến Thành Market and the metro station,” I said.

As Binh drove his taxi down Nguyễn Văn Trỗi Street, he had many questions for Thien. They spoke in Vietnamese. At Bến Thành Market, in District 1, which was also a hub for the network of city buses, Vietnam’s first metro line was taking shape.

“When will this line be finished?” I asked Thien. We stood in a circular area in front of the market and marveled at the buildings and people.

The project had been plagued by cost overruns and delays in appropriating land. The construction crews had started in August of 2012. Accountants originally projected Line 1 would cost $1.1 billion and now said it would cost $2.5 billion. It would extend 20 km between the Bến Thành Station in District 1 and Suoi Tien Station in District 9, with 3 km of the line running underground.

“This public space where we are standing will be destroyed to make way for the new station,” Thien commented. “It’s a shame. It’s a very popular location.” Thien looked down. “The new metro station,” he added, “will be 40 meters beneath our feet.” A Line of Motorbikes in Ho Chi Minh City

At Thai Express with Karen

Thien glanced at his watch and mumbled something about a dentist in District 9. First, he said he had to retrieve his motorbike from the parking lot in September 23 Park. Then, he had to get a filling in one of his teeth replaced. We were right across the street from the park. I watched him disappear, and then I started to walk to Vincom B shopping center to meet Karen and eat lunch.

When I glanced at my iPhone, I saw that the temperature was only 75 degrees. Clouds gathered in the sky, a breeze blew, a pretty woman appeared on the sidewalk straight ahead. I decided to walk in the same direction.

I walked down Lê Lợi Street toward Hotel Rex. After reaching the hotel, I turned left on Nguyên Huê Street and passed the hotel’s main entrance. I noticed that the pretty woman had slowed down. I noted a long, rectangular plaza to my right with flowerbeds and grasses and a bronze statue of Ho Chi Minh in the middle.

I cut across the square, turned right on Lê Thánh Tôn Street, and approached the Vincom B shopping center. It started raining as I entered the sprawling, modern building. The Thai Express restaurant was only one of many new, trendy but inexpensive Asian eating places I had seen in new shopping malls across several Asian countries, but it did have a unique feature: a giant video monitor showing a Tom Cruise movie without any sound at all.

Karen sat in a booth, with a glass of ice water. I slid into the booth.

“Trinh talked with Simon’s mother about his behavior in class,” Karen said. I opened the menu lying on the table.

“What did the mother say?”

“I don’t know yet,” Karen replied. “I saw them talking in the courtyard of the main SEAMEO building after morning classes.” Karen took a sip of water. “I was in the stairwell descending from the third floor to the ground level.” A waitress took our orders. “Classes let out at 11:45 this morning, as usual. From then until about 12:15, the teachers, teaching assistants, and students streamed out of the classrooms and stood in the courtyard.”

I excused myself to use the bathroom. But I got lost. The lay-out of the shopping center made no sense. I found myself back in front of the main entrance. Outside the rain fell in big drops. The buildings across the street resembled white shapes in the mist.

After I found the bathroom, I returned to the restaurant and found Karen drinking from my glass of pineapple juice and looking around the room.

“The stairwell at SEAMEO has floor-to-ceiling glass windows, with a direct view of the courtyard below,” Karen continued her story about her students. The waitress placed two dishes of pad Thai in front of us and left. Karen looked at her watch. “I want to see Trinh back at the school this afternoon before we start classes at 3 o’clock. I’ll ask her what Simon’s mother had to say.” Another Line of Motorbikes in Ho Chi Minh City

At SEAMEO with Karen

After Karen left the restaurant, I finished the rest of my pineapple juice and the dish of pad Thai in front of me. After I paid the bill, I walked outside into the street. The rain had stopped, but water still was running in rivulets in the gutters.

I had almost 3 hours until I had to meet Karen at SEAMEO again. I decided to go to Parkson Plaza, a shopping center next to the SEAMEO building with American and European shops and look around.

When I entered the Parkson building, I decided to buy a gift for Pete, the tall American from Florida who had allowed me to interview him and then to observe his class at the University of Economics on three different occasions. My presence in the classroom violated policy at the university, but none of the teachers or students seemed to care.

At the Lacoste store I bought a polo shirt for Pete. I thought he needed some new clothes. Afterward, I went into a café, ordered a latte, and connected to its Wi-Fi network.

I wrote an e-mail to my colleague in the States describing the conditions at the university, which were primitive. Pete’s classroom on the first floor had no air conditioning, only two slow-turning ceiling fans and some wood benches for seats. And since it was next to a parking lot, it also filled periodically with fumes from the exhausts of motorbikes and buses.

I closed my computer and walked next door to SEAMEO. At 5:15, I entered the courtyard from the street as Karen entered it from the main school building. She looked unhappy. When she came closer, she looked depressed.

“Trinh told me what she learned from another teaching assistant yesterday,” Karen said. “Today Trinh talked with Simon’s mother between classes. The mother was very angry.” Karen paused. “So we understand why Simon is angry.”

Karen paused. She summoned her energy and made a decision. “Simon has two younger sisters and one older brother,” she added.

“You’re still not telling me anything.”

Two boys in the courtyard were kicking a soccer ball back and forth. One of them kicked the ball at Karen. I stepped forward, trapped the ball, and kicked it in the opposite direction. The boy yelled at me.

“Okay,” Karen said. “You can’t talk to anyone about this.” She paused. “And you can’t write about it in one of your reports to one of your colleagues.”

The boy was running after his soccer ball near the street.

Karen then said, “And the father seldom comes home any more.”

“So there’s another woman involved,” I replied. “Simon’s father has moved on again, for a third time, abandoning the boy?” A Street Vendor and Customer in Ho Chi Minh City

That evening, at 6:00, Karen and I went to the Caravelle Hotel to the rooftop bar, called Saigon Saigon. It offered 50% off a person’s total bill for drinks, excluding glasses of champagne. We drank red wine while Karen introduced me to her friend, Sara, a woman from Australia who appeared to be in her mid-60s. She was accompanied by her boyfriend, Christian, a Dane in his early 40s. Sara, like Karen, taught English at SEAMEO.