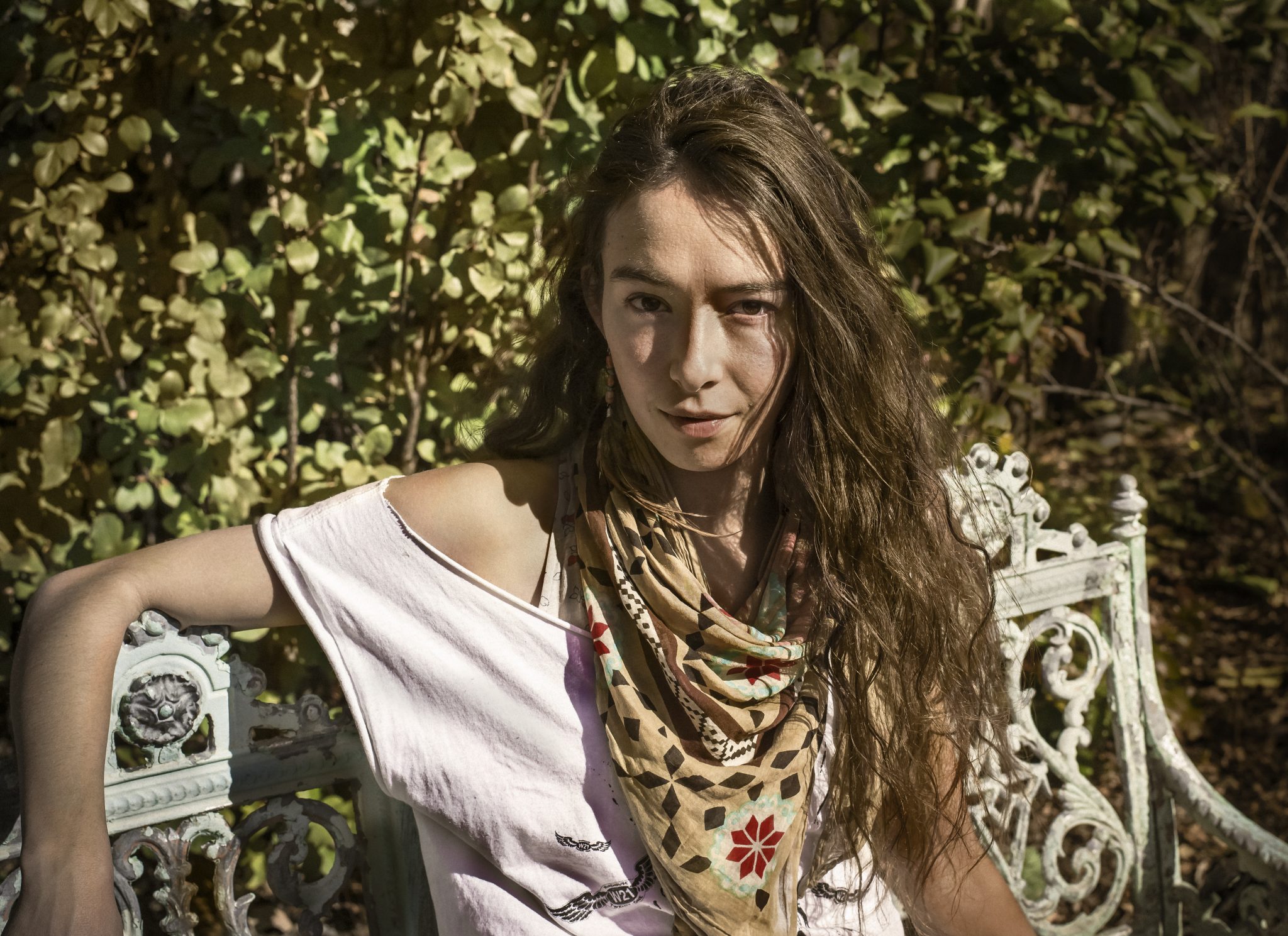 I arrived at Tân Sơn Nhất International Airport in Ho Chi Minh City, the largest city in Vietnam, at 10:00am on a Tuesday.

The AirAsia flight from Kuala Lumpur to the Vietnamese metropolis had lasted only 2 hours. But the airplane had left the Malaysian capital 2 hours behind schedule, because of a problem with its hydraulic system.

Ho Chi Minh City was my last stop on a trip which had taken me to Malaysia for 4 days and the Philippines for ten. I was eager to reach my hotel, called Vissai Saigon, on the road connecting the airport to the downtown.

Upon disembarking and emerging in the terminal, I noticed some differences between my current surroundings and my previous ones. The Malaysian airport had been big and full of many shops and restaurants but rather ugly. The Philippine airports were uncomfortable at best, dysfunctional at worst.

But Tân Sơn Nhất had an appealing style, perhaps because of the natural light in its large, open spaces. A young man who couldn’t have been more than 18 emerged from a taxi parked along the curb and asked me the name of my hotel. I told him. He said, “It’s only 5 minutes.” He took my bag and placed it in the trunk of his small car. “My name is Binh,” he said.

The Hotel Vissai had a pool on the 4th floor, and at 11:30am, still tired from a lack of sleep, I went for a swim. I was the only one in the pool. When the water enveloped me, it was neither warm nor cool, but soothing.

I sat on the edge of a poolside chair, picked up my mobile telephone, and confirmed it was connected to the hotel’s Wi-Fi network. I checked the weather report. The temperature of the air was 87°F, and the probability of rain was high. We were in the monsoon season. A typhoon threatened Haiphong on the northern coast.

Suddenly, an e-mail from Karen popped into my inbox. She told me to meet her at Café Kujuz on 35 Lý Tự Trọng Street at 4:00pm. She said we could have something to eat and drink before going to the government school at the Southeast Asian Ministers of Education Organization (SEAMEO). Karen was an American teacher who had lived in Ho Chi Minh City for 2 years and spoke Vietnamese. Back in my room on the 7th floor, I called my taxi driver from earlier, Binh. I asked him to pick me up. I said I wanted to go to the city center, with brief stops at the opera house, the new metro line under construction on Lê Lợi Street, and a final stop at SEAMEO on Lê Thánh Tôn Street.

Binh said he would arrive in 15 minutes. “I thought you would be resting,” he said. He spoke good English.

“No,” I replied. “I have to meet my friend, Karen, from the U.S. I’m evaluating the educational system here. I’m doing a quick overview.”

As soon as Binh started to weave his taxi south along Nguyễn Văn Trỗi Street, the main road to the city center, I said, “Is the traffic going to be bad all the way?”

Binh nodded. He was silent for a moment. Then he added, “The opera is close to the Hotel Continental and the Hotel Rex. Later, you could go to the bar at the top of the Rex, eat dinner, and check out the music scene.”

We crossed a bridge, called Cầu Công Lý, over the Saigon River. After a few minutes, I noticed the name of the street had changed to Nam Kỳ Khởi Nghĩa.

“We are 5 minutes from the opera house,” Binh said. “We’ll pass the metro under construction, and then we’ll go to the café. I hope you have an umbrella. It’s going to rain.” One Minute the Rain Falls, the Next Minute It Stops in Ho Chi Minh City

The deluge came minutes before Binh parked in front of Café Kujuz. But most of the Vietnamese on the street did not pay any attention to the rain.

Quickly, I stepped out of the taxi, and my foot slipped into a puddle. I cursed. I crossed the sidewalk and moved to the front door of the café. I pretended I was unaffected by the rain like the Vietnamese around me, but I wasn’t. I was upset.

From the doorway, I spotted Karen at a table in a corner of a long room with a glass roof letting in light from above. “How long have you been here?” I said as I sat down across from her.

“Just a few minutes,” she replied. She was petite, with brown hair, and about 25 years old. She wore a blue blouse. “I like this place. I come here often with my friends. I like to listen to the sound of the rain on the roof. If I’m alone, I can relax.”

Karen ordered vermicelli noodles with fish cake, while I ordered rice and beef served in a clay pot. I stared at Karen. She seemed upset, but I wasn’t sure. “What’s the matter?” I asked.

“Last night the police came to our door,” Karen replied. “I was just getting ready to go to bed. It was about 11:30.”

Karen shared a studio with two Vietnamese women, but only one of them was registered to live in the small apartment. By law, every resident of a dwelling had to be registered to reside in it.

“Three officers,” said Karen, finally. “My two roommates talked with them out in the hall for about 45 minutes. The police left without demanding cash.”

Karen, I learned, was not registered at any address in Ho Chi Minh City. She didn’t have a resident card or its pre-requisite, a work permit. When she had arrived in Vietnam 2 years before, she had entered the country as a student. Since then, she had relied on a tourist visa.

“I’ve tried, repeatedly, to formalize my status,” she said. “I’ve followed all of the procedures,” added Karen. “Officials always find a way to reject my paperwork.” When Karen and I left the café and started walking toward the large, 5-story building which housed the government school where she taught, the rain had stopped, at least for a moment.

I thought about Karen’s life in Vietnam. I began to appreciate its challenges. Graft, I knew, lay at the heart of the political system run by the communist party.

“There is just so much pressure to obtain a work permit,” she commented. We stepped around two large puddles crossing an intersection.

At the main entrance of the SEAMEO building, a crowd blocked our path. Parents on motorbikes were yelling at their children. Boys and girls were screaming and chasing each other. I looked at my watch. It was 5:15. Classes had just let out.

“We provide instruction to students of all ages and levels here,” Karen said, “but now I’m teaching English to children, primarily 9, 10, and 11 years of age.”

We ascended a flight of stairs and looked inside several classrooms, now empty. It was a well-maintained, professional operation. The building, I knew, had served as the home of the CIA before communist troops seized control of Saigon on April 30, 1975.

“On average, there are 18 students to a class,” said Karen. She and I stood inside a classroom. “About 40 classes are in session at one time.”

In each of the English language classes, a foreigner, usually an Australian or American, served as head teacher while a Vietnamese functioned as an assistant. The teacher, Karen explained, could speak only in English; the assistant could use Vietnamese, but only when a student had difficulty with directions.

Karen recounted the story of one boy, 10, whose English name was Simon. “He didn’t pay attention in class,” said Karen. “He never did his homework. Also, he was disruptive. Once, he hit another boy in the face.”

Two teachers entered the classroom. One was an American man; the other a Vietnamese woman. Karen and I went into the corridor.

Karen paused. “I was not sure how much English Simon knew. Maybe he was very smart and got bored. But my guess is that he had problems at home.”

The two teachers emerged from the classroom. Karen paused again. The two teachers walked away. “My assistant told me to ignore Simon and focus on the other children,” Karen said. “I refused. I started to give him extra attention.” Music at the Hotel Rex

That night, after eating dinner, I went to the rooftop club at the Hotel Rex to listen to music. At 10:00, Karen and her two roommates arrived. As soon as they sat down, I ordered some wine. Then I said: “Now I want to hear about the police last night.”