Sylvere opened the back door of the small car, placed the saxophone enclosed in its case on the back seat, and closed the door. The air outside El Bulle Petite was fresh. He could feel a cool but pleasant breeze. It blew the right lapel of his suit jacket backward against his neck and caressed his cheek.

“It must have rained while I was inside the restaurant,” Sylvere said to himself, noticing the wet asphalt under his feet as he stood next to the back door of his old, beige Renault 360C. He took a long, deep breath through his nose and stretched his arms above his head as far as he could, allowing himself to be invigorated by the fresh air as it moved through his lungs and expanded his chest. He opened the door next to the driver’s seat, sat down, and closed the door. But he didn’t start the small car’s engine. He gazed through its windshield, staring into the black night. It was late, he knew. Saturday night was fast approaching Sunday morning. He knew he should start the car and drive home. But he didn’t feel like going home, not yet. He didn’t feel like doing anything at all.

To Sylvere’s right a yellow light bathed the large, wooden front door of the spacious, two-story restaurant and bar at which he and his three band-mates had just finished playing. It was their second performance of a new arrangement with the owners of El Bulle Petite. To his left a row of narrow storefronts extended in both directions on the opposite side of the street, Rue Denis Saint Michel. Straight ahead the road led into the center of Combs-la-Ville, but no cars came or went along the road. The wet asphalt gleamed in the orange light of a street lamp, which cast its light from the northwestern corner of Rue Denis Saint Michel and the next cross street, Rue Saint Germain.

Sylvere rolled down the window next to the driver’s seat. He felt once again the cool breeze as it caressed his face. The humidity was lifting. He felt something else then. Suddenly, a memory of his mother, who had passed away the previous year at the age of 95, rose to the surface of his consciousness. It was a memory from the day he graduated from Université de Kinshasa. It was in May of 1961. He was not yet 21 years old.

“No man ever got where he is by magic,” Sylvere’s mother had said to her son on that hot day in the Congolese capital. Then she had thought for a couple of moments before speaking again. “Except Dikembe Mpela,” she had said finally. “Or Awilo Mawete.” She had thought for another couple of moments. “Or perhaps a few others.” She had paused. “But they are truly powerful men.” Then she had resumed. “The average man is where he is because of the choices he has made over the course of his life. It’s not a mystery. He can’t be sad or angry. He can only take responsibility for his actions.” 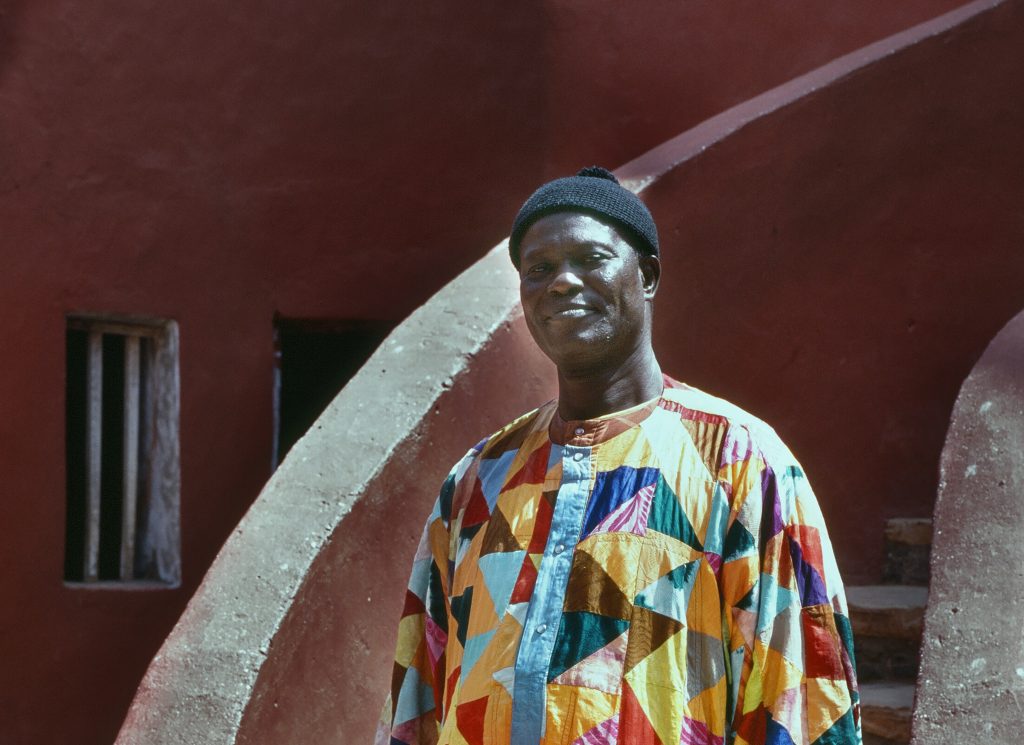 A car appeared in the distance. Sylvere watched as the vehicle approached. Its movement, two points of bright white light each with its own tinge of blue coming closer all the time, seemed to put a spell on Sylvere. He didn’t notice his friend and band-mate, Pinto, who had emerged from the restaurant and now stood before its front door, bathed in the yellow light. Pinto, looking in the direction of Sylvere’s car, immediately recognized the old, beige Renault sedan and the dark stone-like figure occupying its driver’s seat. Other people too had emerged from the restaurant, exiting the building through a smaller door in its the southern wall, and began moving toward the street.

Sylvere, though, remained completely still in his seat, gazing through his windshield and never taking his eyes off the approaching car which gradually took shape in the orange light cast by the street lamp on the corner. The vehicle, a long, dark-brown, seemingly brand-new Mercedes Benz sedan, approached with extreme caution, extinguishing its headlights before slowing and crossing the road. It pulled directly in front of Sylvere’s car and parked so that its front grille came to a stop only inches away from his front bumper. Sylvere attempted to peer through the windshield of the other car, but he couldn’t see anyone in the driver’s seat. He realized the Mercedes Benz sedan had tinted windows. Then the door next to the driver’s seat opened. Standing up from the seat, a man stepped onto the asphalt lit up by the street lamp and unfolded his long, wide frame. The man looked directly into Sylvere’s eyes.

Immediately, Sylvere’s thoughts shifted to the events of his last encounter with this large man, Quentin, and with the man’s employer, Anthony Lukambo, both of whom came from Goma on the northern shore of Lake Kivu in eastern Congo.

At that moment, however, voices coming from somewhere behind Sylvere caught his attention, causing his gaze to shift to his rear-view mirror. In the mirror, Sylvere could see two men, Pinto and Anthony, walking up to his door. Through the open window of the door, Sylvere could hear the two men speaking to each other in Lingala. As Anthony approached the open window, he expressed his condolences over the death of Sylvere’s friend, Ronald, and then asked about Ronald’s daughter, Claudette. Pinto, walking alongside Anthony, didn’t reply, but Anthony already had shifted his attention to Sylvere.

“I heard you playing inside,” Anthony said in Lingala, stopping in the road five feet away from Sylvere’s open window and peering intently into the seated man’s face. Anthony stood with his feet set wide apart on the dark, wet asphalt. Pinto leaned the right side of his body against the car directly behind Sylvere’s left shoulder. Sylvere glanced to his left at Anthony before moving his head back to the right and staring straight ahead through his windshield again. “I was having a couple of drinks with my associates from the neighborhood,” Anthony added. “I didn’t know you performed here. Pinto said you just started.” Anthony looked at Pinto briefly before shifting his gaze back to Sylvere’s face. “You guys are good.” Sylvere didn’t respond. Anthony studied Sylvere’s face. “Is there anything I can do for you?” Anthony asked then. Sylvere remained silent. When it seemed he had no intention of speaking, he uttered a single word. 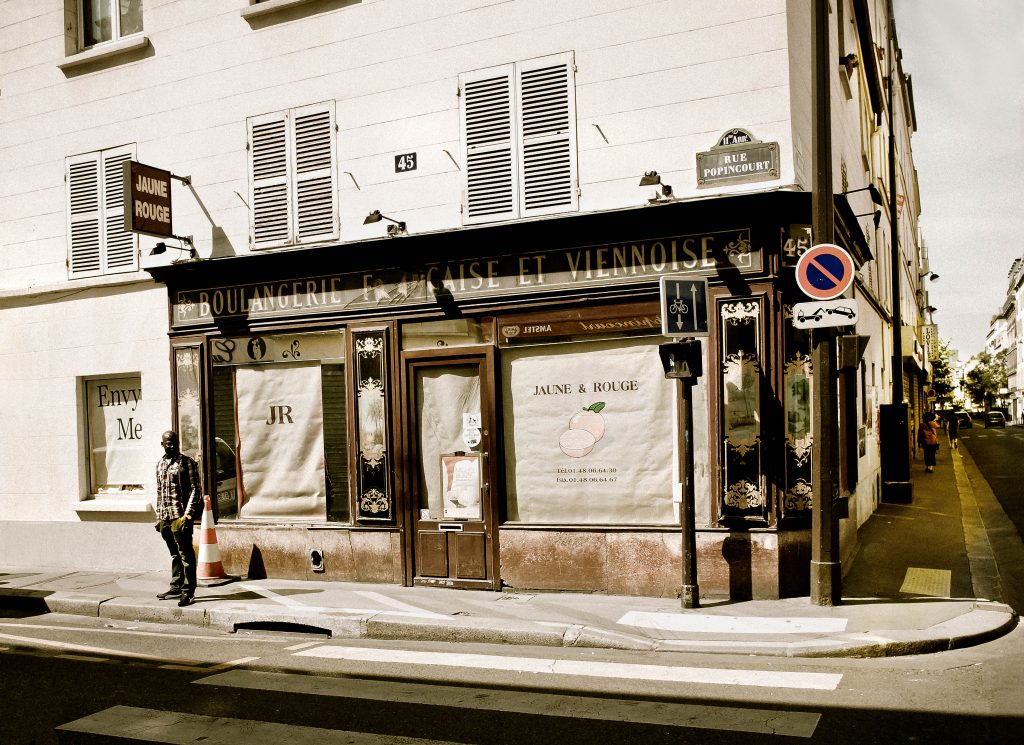 “No,” Sylvere said. He still stared straight ahead.

Anthony leaned forward on the balls of his feet for a moment before settling back on his heels. He appeared alternately bemused and annoyed.

“You think you can do this by yourself?” Anthony asked, still speaking in Lingala.

“Do what?” Sylvere replied, speaking in French.

“Don’t tell me you’re not going to try to bring Claudette to France,” Anthony said, switching to French too. “Has she already been discharged from Denis’ hospital?” he asked, referring to the medical facility, Panzi Hospital, founded and operated by Dr. Denis Mukwege in Bukavu, Congo, on the southwestern edge of Lake Kivu. Once again Sylvere didn’t respond. He was thinking about the injuries which Claudette had sustained at the hands of the militia members who killed her father several weeks previously.

But everyone there already knew the answer to the question. Anthony, who was in his late 50s, oversaw a mining operation in eastern Congo for excavating coltan and cassiterite, two rare minerals necessary for the production of the latest technologies from the world’s electronics manufacturers. Anthony and his partners distributed their precious raw materials to customers across the globe. Business could not be better.

“I can’t complain,” Anthony replied, switching back to Lingala. He continued to stare at Sylvere. Suddenly, Anthony looked away, staring somewhere off into the distance, before returning his gaze to Sylvere’s face. “Sylvere,” Anthony said, “when you’re ready to talk, you know where to find me.” He turned and walked toward Quentin, who was holding open the back door of the large Mercedes Benz sedan. Anthony said a few words to Quentin. Then Anthony disappeared inside the car. Quentin walked around the back of the vehicle and opened the door next to the driver’s seat. As Quentin started the large car’s engine and turned on its headlights, Sylvere closed his eyes while Pinto straightened up from his position leaning against Sylvere’s car and placed a hand in front of his face, shielding his eyes from the intense glare.

“Do you want to go someplace and have a drink?” Pinto asked in Kikongo after Quentin had pulled the Mercedes Benz around Sylvere’s Renault and accelerated up Rue Denis Saint Michel. “Or something to eat?”

Sylvere opened his eyes and looked at Pinto.

“No thank you, my friend,” Sylvere said, also speaking in Kikongo. “I need to go home. There’s something I have to do. Anyway, it’s late.” He paused. “I’ll see you at practice on Monday.”