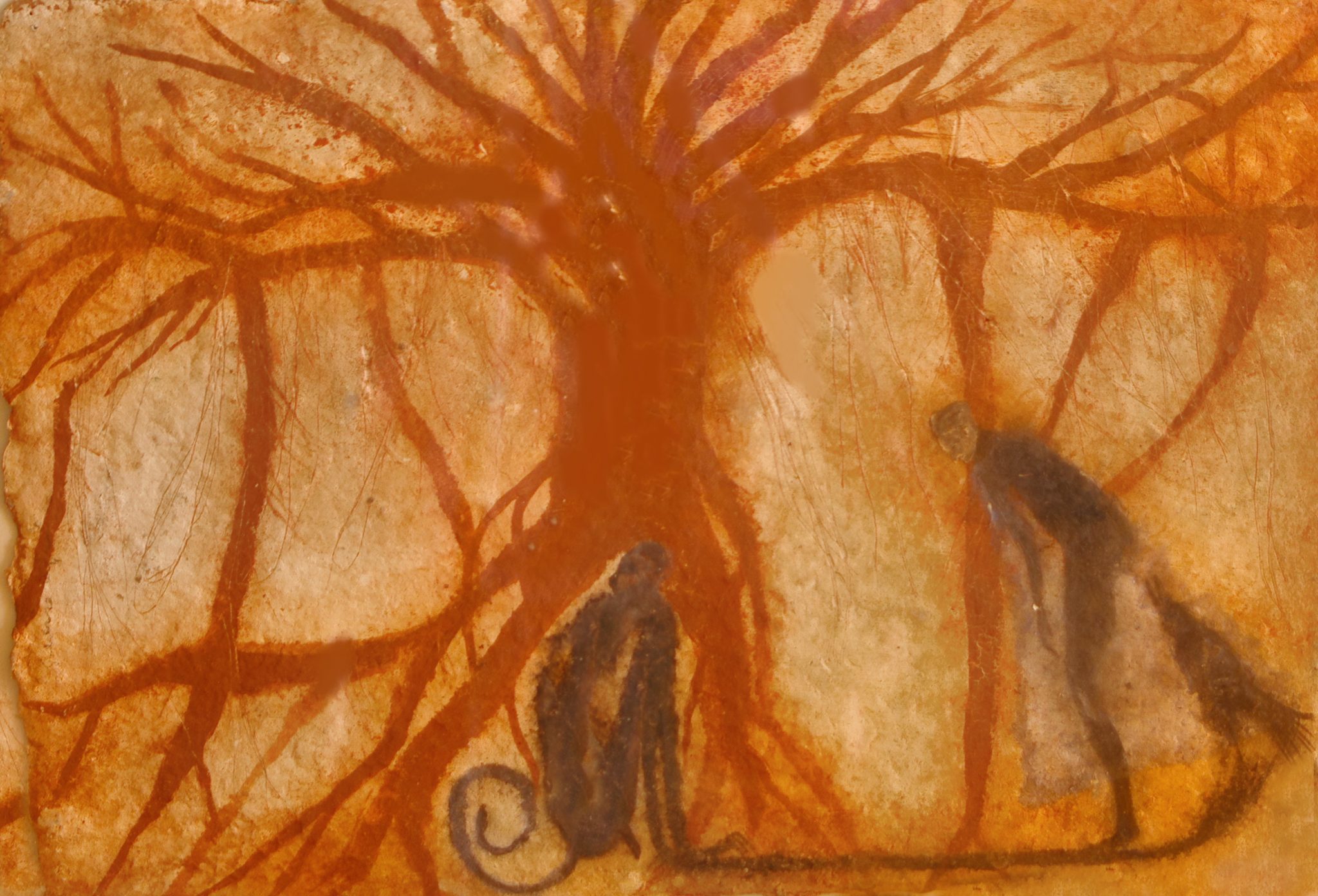 Is Oaxaca the Future?

Mexico’s new president, Andrés Manuel López Obrador, is promoting a series of new socio-economic initiatives in the nation’s southernmost, and poorest, regions during the initial year of his six-year term in office. In states like Oaxaca, Chiapas, and Quintana Roo, where governmental officials have a poor record of addressing the plight of indigenous peoples, López Obrador and his lieutenants, such as Román Meyer Falcón, Mexico’s secretary of urban and rural development, and Víctor Villalobos Arámbula, the nation’s secretary of agriculture, now insist they will transform the lives of millions of people.

Oaxaca is receiving attention from the incoming administration of López Obrador because of the area’s rich cultural heritage, particularly its long agricultural history. But Oaxaca, with a population of 4 million people, also demands attention because it is Mexico’s most ethnically complex state, with 16 officially recognized indigenous groups, including the Zapotecos, Mixtecos, and Mazatecos. The state presents unique challenges, which grow more pressing every day.

López Obrador has announced that he will oversee the allocation of the equivalent of $2 billion in funds for new social programs and infrastructure initiatives in Oaxaca.

As López Obrador has toured villages in southwestern parts of the state still recovering from a powerful earthquake, which destroyed buildings across the region in September of 2017, he has promised to provide increasing amounts of financial aid to the people who need it most. Late last year, he proclaimed: “We will help not only those people who have been devastated by the earthquake. We will help those people who have always been beaten down: the poor.”

Among the funds which López Obrador has promised to send to Oaxaca are the equivalent of $220 million for educational and apprenticeship programs serving 100,000 men and women between the ages of 18 and 29; more than $150 million for a program, called Prospera, providing cash payments to almost 500,000 families for enrolling in educational and health-care programs; and $120 million for the construction of approximately 500 miles of roads. Water for Agriculture in Oaxaca

During their visits to Oaxaca, López Obrador and his lieutenants have announced they will usher in a new era of social transformation for the diverse peoples of the state. While Mexico’s new president has taken his message of change to residents of towns such as Ciudad Ixtepec and Juchitán de Zaragoza, the nation’s new secretary of agriculture, Villalobos Arámbula, has met with farming leaders in the state capital, Oaxaca de Juárez, or, in English, Oaxaca City.

“The future of agriculture in Mexico is in the south,” stated Villalobos Arámbula at one press conference in Oaxaca City. “Although we wish we could continue to rely on our food production systems in the north, we realize that, due to deteriorating soil conditions and dwindling water supplies, we can’t.”

Of the total of almost 500,000 cubic hectometers of water sources replenished each year across Mexico’s 31 states, either by rain or other forces, almost 70 percent are located in the nation’s southern region, which encompasses seven states: Oaxaca, Veracruz, Yucatan, Chiapas, Tabasco, Campeche, and Quintana Roo. By itself, Oaxaca has a larger supply of renewable water than any other state, except Chiapas.

“We have the capacity to grow rapidly in the south and southeast of the country,” said Villalobos Arámbula. “We already have a freeway.” But, while talking with farming leaders in Oaxaca City, Villalobos Arámbula also has acknowledged the challenge of modernizing rudimentary food production systems in southern Mexico. “The reality is that small farmers can’t earn enough money from working the land right now,” he has admitted. “In the end, they have to abandon their farms. Many of them are forced to go to the United States to earn a living.”

Of the total of 2,500,000 hectares of lands covered by irrigation systems in Mexico, only 100,000 hectares, or 4 percent, are located in the nation’s southern region, with its seven states.

To upgrade the region’s agricultural infrastructure, Villalobos Arámbula has emphasized the need for new programs by the federal government, referring to the creation of one program, called Cadena, which is supposed to provide financial and technical assistance to growers of corn in Oaxaca. “Oaxaca is the center of Mexico’s great diversity of corn,” he has said. “If we don’t take action to rescue these native varieties now, they will go extinct in the coming years.”

Villalobos Arámbula also has announced another new move to boost the fortunes of small farmers. “We are going to set minimum prices for the products of our corn, bean, rice, and wheat farmers,” he said. “By guaranteeing fixed prices for these basic food products and by providing raw materials and technical expertise at prices below cost, we will lift our farmers out of poverty.” Today, people across Oaxaca are encouraged by the promises coming from Mexico’s new presidential administration, but many of them don’t know what to believe yet, after seeing the failure of a long line of projects to construct hospitals, dams, and highways throughout the state. Indeed, a poor track record of completing ambitious social and infrastructure projects in the state does not bode well for the future.

According to a recent report from a prominent media company, called NVI Noticias, based in Oaxaca City, at least 75 large-scale public works projects in the state have been initiated but never completed between 2004 and 2018. The failures of these projects have meant the aborted construction of critical new structures, including 80 hospitals, two dams, and hundreds of miles of highways.

How will the projects which López Obrador now is promoting for Oaxaca turn out any differently?

To be sure, López Obrador will have to fulfill his campaign promise to eliminate rampant corruption, which lies at the heart of a long-standing practice by local, state, and federal officials of embezzling monies meant for public works projects. His is a Herculean task, if, indeed, he intends to make good on his promise.

Probably nobody would be surprised if López Obrador changed his mind. But the more important question is, how will Oaxaca ever be a center of agricultural production without essential resources, particularly readily accessible water?

Despite the fact that Oaxaca receives more rainfall than all but a handful of states in Mexico, in addition to having more renewable water sources than all but one state, Oaxaca is in the midst of a water crisis.

More specifically, too many people across Oaxaca do not have access to water, either for personal consumption or for crop irrigation.

The water crisis in Oaxaca, according to engineers, is a result of poor administration, which leads to widespread waste and pollution across the state. Water experts from one organization, called Foro Oaxaqueño del Agua, calculate that 50 percent of the state’s water distribution network has leaks. In addition, one prominent journalist and environmentalist, Iván Restrepo Fernández, calculates that almost 95 percent of Oaxaca’s lakes and rivers are polluted with liquids generated by various human and animal activities.

In the end, Oaxaca’s poorest residents, who can’t afford to by-pass the state’s water network by purchasing water from other sources, are the ones who suffer most from severely restricted access.

It would seem to be clear to governmental officials that an inequitable distribution of water in Oaxaca will prevent the state’s poorest residents, who typically eke out a living as small farmers, from being lifted out of poverty by any new socio-economic initiative.

It would seem to be logical, then, that if Mexico’s new leaders want to carry out any kind of a radical transformation in Oaxaca, they will have to solve the water problem before they do anything else.

Oaxaca, with a population of 4 million people, is one of 31 states in Mexico. Located toward the southern end of Mexico, not far from the border with Guatemala, Oaxaca has a coast line which extends 568 kilometers along the Pacific Ocean.

In Oaxaca, average annual rainfall is about 1,100 millimeters (mm). This amount of precipitation generates, in turn, an average annual volume of water exceeding 60,000 cubic hectometers.

The regions of Oaxaca which receive the most rainfall each year are the following: Coatzacoalcos, with an average annual rainfall of about 3,300 mm; Papaloapan, with almost 3,000 mm; the Costa de Chiapas, with more than 1,500 mm; the Costa de Oaxaca, with about 1,300 mm; Tehuantepec, with 1,000 mm; and the Costa Chica and Río Verde, with 600 mm. (See map below.)

Annual rates of evaporation range between 1,600 mm and 3,000 mm, with an average monthly evaporation rate of 150 mm during September and 214 mm in April.