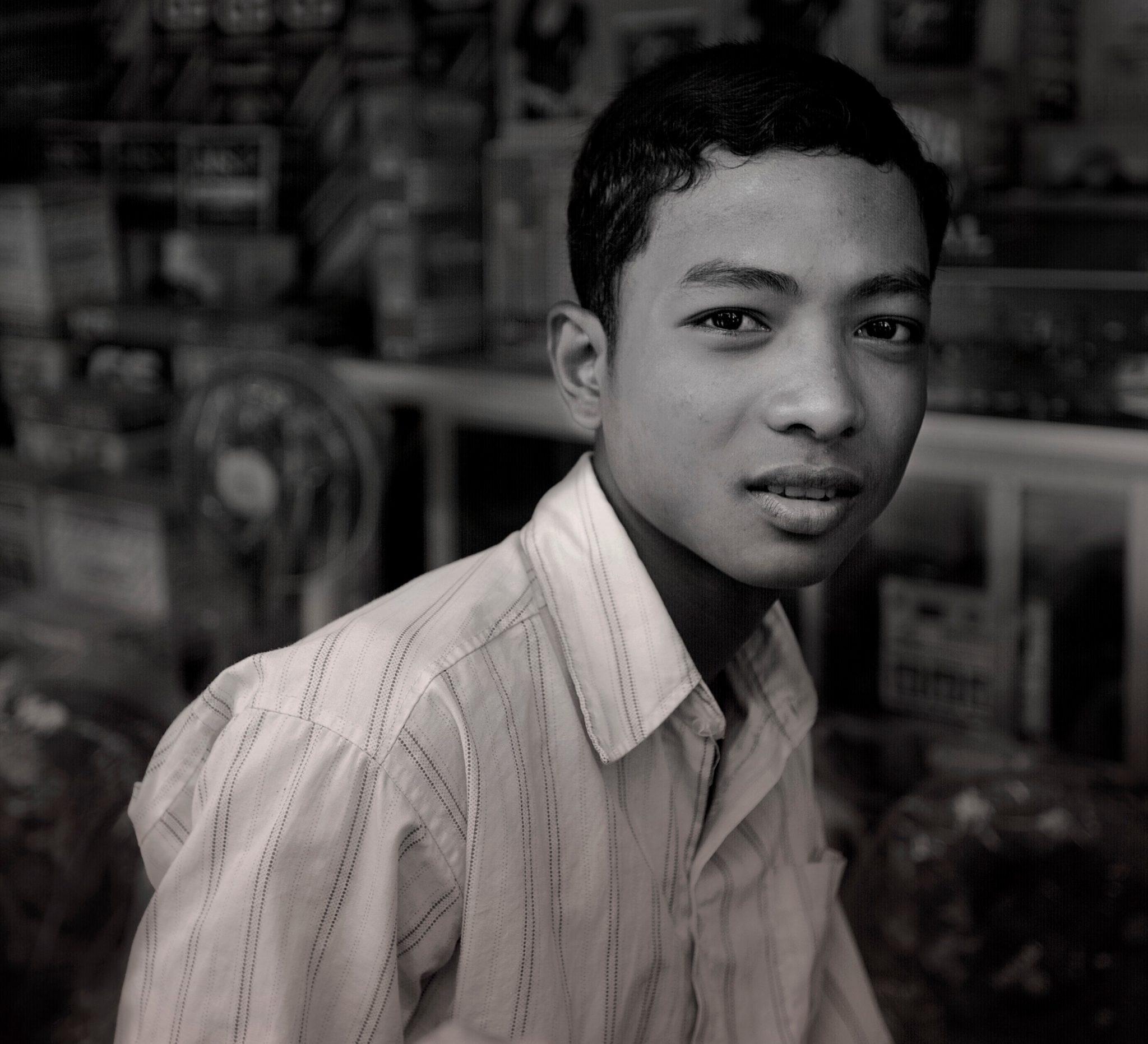 It was a Saturday evening in Davao, at the southern tip of the Philippines, one week after a massive rally for Rodrigo Duterte, the nation’s new president, in a local park. It was the birthday of Jogie’s son, Kobe. The summer afternoon had been hot, and the evening, which had settled into a very warm night, was stretching out.

The taxi driver brought his small, white Toyota to a halt. “Pwede?” the man said. He turned around and glanced into the back seat. Jogie, sitting next to me, spoke Bisaya, but she said nothing. I looked at her. She was looking out her window and into the dark.

Although I didn’t know Bisaya, the language of the peoples originally from the Visayas, I knew what the driver was asking, and I said, “Go ahead,” in English. “Keep going.” A sense of resignation crept across the driver’s face. He turned around, and the car inched forward. The street had become a narrow path, half dirt and half concrete, about eight feet wide. Small and irregular dwellings lined both sides of the street, and, now, in the tropical heat the houses seemed to crowd forward, grow larger, and block the way.

Despite the windows of the car being rolled up and despite the air conditioner making a low buzzing sound, I was aware of small faces coming out of the darkness and a faint rhythm of voices. Children moved along both sides of the vehicle, peering into the car, whispering, and, suddenly, running ahead of it.

I was about to suggest that we get out when Jogie uttered a single word in Bisaya, “Para.” The taxi driver brought the Toyota to a halt again. Jogie opened the door on her side. I looked out her window into a thin, orange light coming from a doorway. I didn’t recognize my surroundings. But, then, two small children, whom I did recognize, darted out of the door of the house and ran up to the car. They reached out and grabbed both of Jogie’s hands and talked to her in low voices. They were her nieces.

We had arrived at the house of Imelda and Maria, Jogie’s mother and her aunt, in Royal Valley, a community not far from the Gulf of Davao. When I got out of the taxi on the far side, walked behind it in the darkness, and stepped into the light of the front door, a tall, stick-like figure emerged from the shadows at the side of the house, wearing on its head a pair of bunny ears, each a foot in height. They were pink in the darkness. I could see, up close, that they also were powered by a small battery, visible on a plastic bridge between the two ears.

The figure came closer still, and I recognized the face of Kobe. The teen-aged son of Jogie, Kobe was not a typical Filipino boy; he was very tall, almost 6 feet. Also, the 16-year-old boy was very skinny.

The previous Saturday, Kobe had guided me through the masses of people who had descended on Crocodile Park in Davao City to cheer their hero, Rodrigo Duterte. I remember thinking, more than a little intimidated by the magnitude of the crowd and its energy, that I wouldn’t have found my way out of the park in the crush of Duterte supporters if Kobe hadn’t been present.

I followed Jogie inside the house. Kobe disappeared.

The front room of the house was small and barely furnished, exactly as I remembered from the year before: a small table, a few folding chairs, a 10-inch tv, and two faintly burning, shadeless lights, one in each corner opposite the door.

I sat on a chair, which someone pushed forward, while several young women stirred quietly around me, speaking softly, carrying dishes of food, and, occasionally, laughing. Small children hovered around me and held onto my legs for balance, staring at me. I sat down at the table. The children still hung onto my legs. The air, heavy with heat and moisture but now stirred by a sudden breeze coming through a front window, had a soothing quality. Drinking Beer with a New Friend

The line between the darkness outside and the darkness inside disappeared. There was only a single lamp emitting a low, orange light on the table in front of me. The other lamp in the room was behind me. I felt relaxed; also, I felt a kind of mild intoxication, as if, on entering the house, I had lapsed into a dream.

Mervyn, the husband of Mary Anne, Imelda’s second oldest daughter, sat down across the table from me and placed a 12-ounce can of Red Horse beer in front of me on the table. He and his wife and their four children, three boys and one newborn girl, lived in Digos City, a smaller city about two hours by bus to the east of Davao City, also on the coast of Mindanao.

I drank from the can of Red Horse.

The people around me were poor, but in their home on this night they were something else, too. Maybe they were happy. Kobe appeared in the doorway. The blinking ears on his head illuminated the dark shapes on the street behind him. He decided to enter the room. He sat down next to me. Before us on the table were a whole grilled tuna, yet uncarved; also a type of casserole called pancit, made with noodles, pork, and vegetables; and, finally, another whole fish, but one which I could not recognize. Imelda and Maria had spent all day preparing for this occasion, either at the market or in their kitchen.

Kobe stared at the black cellphone on the table in front of him. I could see it vibrating. He picked up the phone. I noticed he had a black stud earring in one of his ears and also he had painted his left thumbnail black. Big Plans for the Future

I looked at the boy. I realized that, in fact, he behaved like a man. He was mature and responsible. I recalled how he had guided me through the masses of people in the park a week before. I noticed how he spoke with different people, adults and children alike, with an ease rare among boys or men.

“I go back to school again soon,” Kobe said, changing the subject. “Classes start on June 13th. It will be my first year at the university.”

I knew about the program in Davao which allowed students in their final two years of high school the chance to attend the university. Kobe had big plans for the future, but I recognized, at the same time, he was wholly dependent on adults who, like him, didn’t have any money.

The odds, I knew, were not in his favor.