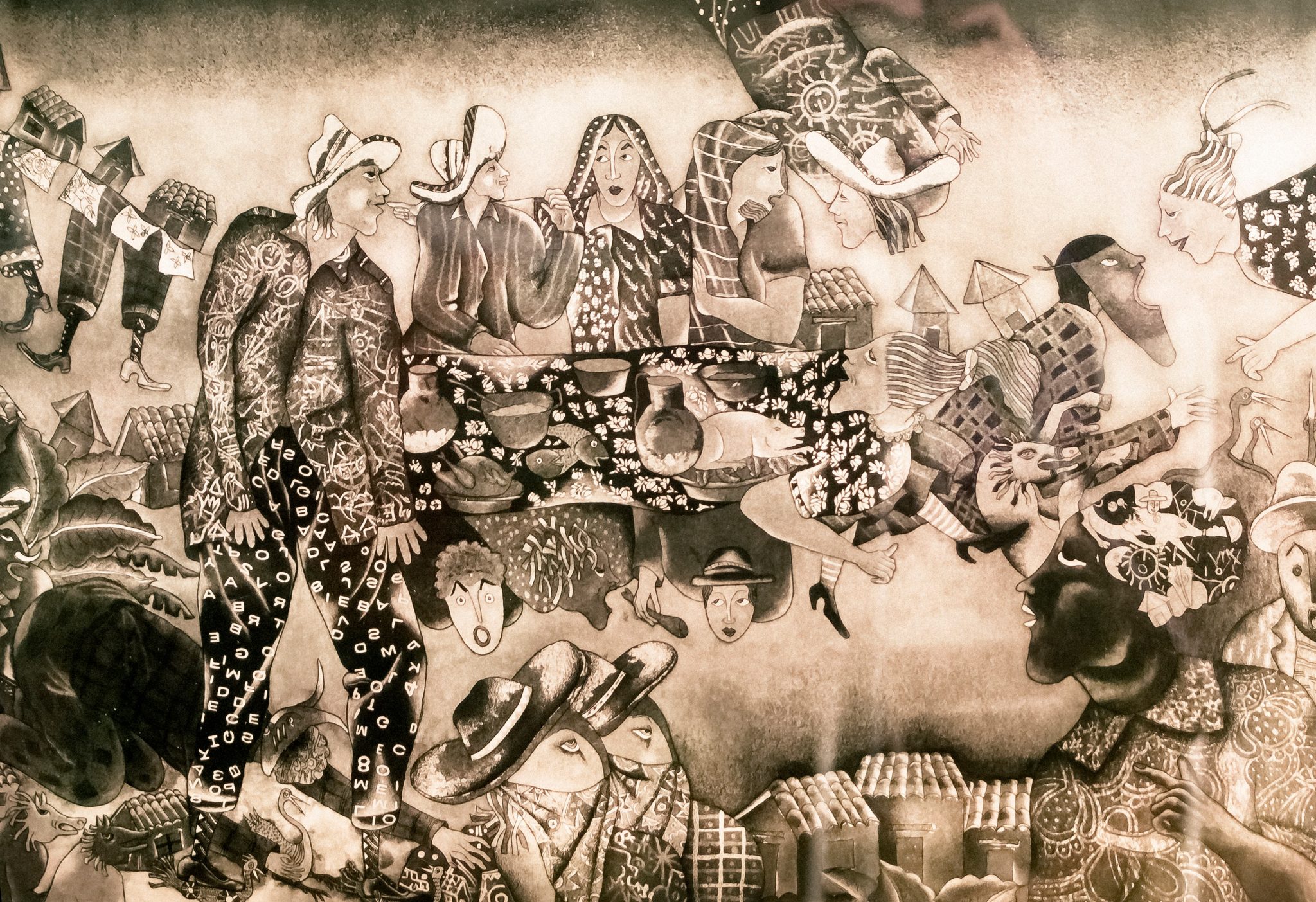 Now that the rains have started falling again in the central valleys of Oaxaca, farmers are returning to their fields. With an end to the drought lasting the entire month of June and into July of 2018, farmers are preparing the earth for the corn, bean, and squash varieties which make up the local diet.

In Oaxaca, an impoverished state extending inland about 400 miles off of Mexico’s south-western coast, not far from Guatemala, farmers are too poor to afford modern irrigation systems. They depend on rainfall to grow their crops. If seasonal storms don’t bring enough water, then people don’t get enough to eat. In the past, Oaxaca’s farmers took advantage of a consistent rainy season, which extended from April to October of every year; they planted their seeds between April and May and watched as heavy rainfall during June allowed their seeds to sprout and grow into mature plants.

Today, changes in weather patterns across the globe, including southern Mexico, are causing heavy losses on farms and forcing farmers to make difficult decisions. If the people who work the land can’t find new ways of producing food, they will have to abandon their farms and go elsewhere to earn a living.

But, at a time of de-stabilizing climate change, how can farmers improve their yields, particularly of corn, one of the most important food staples in the diets of millions of people, not only in Mexico but also in many other parts of the world? In Oaxaca, Mexico’s most ethnically diverse state, with 16 officially recognized indigenous groups, including the Zapotecos, Mixtecos, and Mazatecos, as well as 35 officially recognized varieties of corn, including one recently discovered variety which fertilizes itself, farmers never have produced as much corn as their counterparts elsewhere in Mexico, particularly its northern regions, such as the state of Sinaloa.

In Sinaloa, Mexico’s largest corn producing state, located along the Gulf of California, farmers produce between ten and 14 tons of corn per hectare, powering large-scale operations with modern irrigation technologies and producing yields of at least ten times more than the one ton per hectare achieved by Oaxaca’s farmers.

Nevertheless, Oaxaca’s farmers always have played a critical role in the continuation of native corn varieties, such as white, yellow, and burgundy types with names like Chiquito, Serrano Mixe, and Tepecintle, which were integrated into the diets of human beings by the region’s original peoples 10,000 years ago. Indeed, the region which now includes Oaxaca often is called the birthplace of corn, and its peoples the children of corn.

Although Oaxaca’s small farmers have no hope today of ever matching the output of Sinaloa’s large producers, they still must adapt to survive. More specifically, the corn growers of Oaxaca must adopt sustainable farming practices to meet the challenges of rapidly changing environmental conditions. The key, according to agricultural experts, is to switch to a farming approach based on the conservation of natural resources, including the protection of the soil and its nutrients. It is necessary, say the experts, to put an end to a farming model based on the heavy use of man-made weed and pest killers and, by the same token, synthetic fertilizers. These chemicals, including pesticides for worms and fertilizers based on ammonium sulfate, not only poison the soil upon contact; they also lead, over time, to the destruction of the soil.

In Oaxaca, agricultural experts already accuse governmental officials of a systematic dumping of pesticides and fertilizers, without regard for the impact of the synthetic products on the soil, as part of federal aid packages to local farmers.

Jesús Sánchez Mendoza, president of one prominent Mexican farming association, called Desarrollo Agropecuario Integral Camino Real, blames bureaucrats from Mexico’s federal government for re-enforcing unsustainable farming practices. “The people who are making critical decisions for our farms are people who have been sitting behind desks their whole lives,” says Sánchez Mendoza. “They are not farmers.”

But, if farmers switched to sustainable farming practices, say agricultural experts, they could see immediate gains in their yields. In fact, experts from one prominent non-governmental agricultural organization, called CIMMYT, calculate that, if farmers switched to sustainable farming practices on 1.6 million hectares of land which they already work in Oaxaca and five other nearby states, they could boost their corn yields from 2.3 to 5.5 tons per hectare. In the process, the farmers could increase their total corn output on these lands from 4 million tons annually to more than 9 million tons per year.

The CIMMYT experts point to a recently launched farming initiative in Chiapas, the state just south of Oaxaca, on the border with Guatemala, where farmers already have boosted their corn yields by one ton per hectare solely by replacing synthetic fertilizers with natural fertilizers. The agricultural experts are hopeful that such practices soon will become commonplace across Mexico.

Bram Govaerts, global director of innovative business strategies at CIMMYT, says, “If Mexicans want to become self-sufficient in the production of basic foods, they have to make the switch from a farming approach which uses up all of their resources to one which conserves critical farming inputs.”

Meanwhile, in the central valleys of Oaxaca, as heavy rains have started saturating the earth again, farmers are happy to return to their fields and get back to work growing corn as their forefathers have been doing for thousands of years.