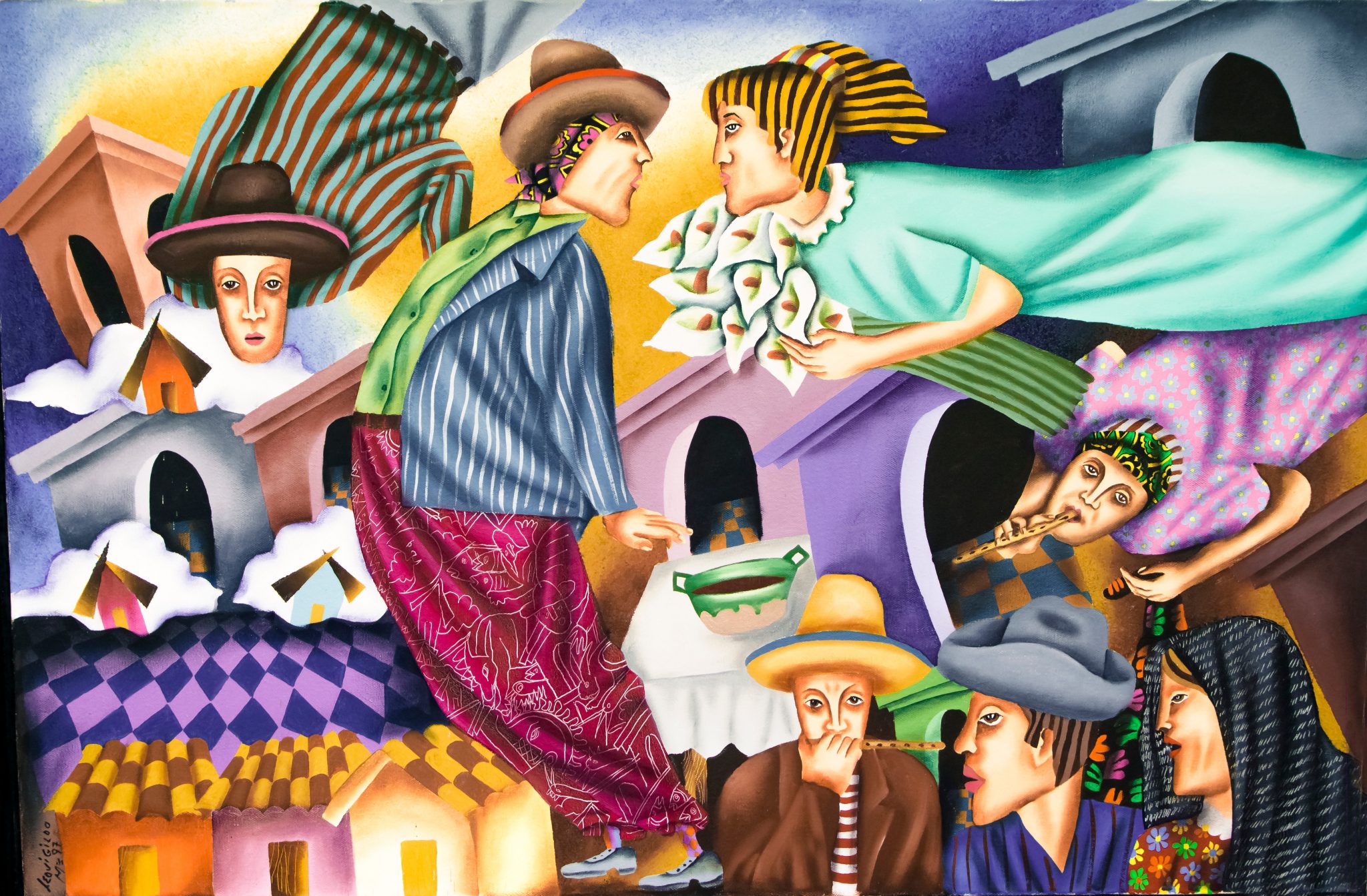 Can Mexicans Take Back Their Corn?

Mexicans are looking for new solutions to farming problems that have been growing steadily worse for 25 years. At the moment, they can’t feed themselves. They have to import half of their food from other countries, particularly the United States.

But, in Mexico, where one grain—maize or, as it’s more commonly known in the U.S., corn—became a part of the diets of human beings 10,000 years ago, today many people have high hopes. They have, more specifically, put their hopes on one man, Andrés Manuel López Obrador, often called, simply, AMLO, who will be the country’s next president.

In the days leading up to López Obrador’s first day in office, on December 1, 2018, farmers across Mexico, a country of 130 million people, are especially excited. They expect their new leader to keep his promise. On April 10, 2018, while still on the campaign trial, López Obrador said he would restore, as he called it, Mexico’s food sovereignty. “We no longer will buy overseas what we eat,” he proclaimed. “We will produce in Mexico what we eat.”

Standing in front of thousands of farmers and reform movement leaders in the colonial town of Jerez, not far from the much larger colonial city of Zacatecas, López Obrador endorsed an ambitious program, known by its Spanish title, Plan de Ayala Siglo XXI.

Almost three months later, on July 1, 2018, López Obrador emerged victorious in the election for Mexico’s highest office. Immediately, many people, both inside and outside Mexico, wondered what López Obrador, known as a leftist and populist, would do first to strip away wealth from the nation’s richest citizens.

But other people, particularly inside Mexico, where millions of workers earn less than 90 pesos, or $5, per day, wanted to know what the 64-year-old politician would do first to raise up the nation’s poorest groups, including farmers. Today, López Obrador needs the support of a wide range of constituencies, from one end of the socioeconomic spectrum to the other, if he’s going to keep his promise of reforming Mexico’s agricultural sector in line with the objectives of the Plan de Ayala Siglo XXI.

Indeed, López Obrador and reform leaders need cooperation from broad segments of Mexican society to achieve their objective of producing enough corn and wheat by the year 2024 to feed their nation. They do not trust foreign producers.

Not only must López Obrador and his allies at federal, state, and local governmental agencies commit large sums of money to the resurrection and protection of farmers and their crops native to Mexico. At the same time, they must force U.S. agribusiness giants and their partners in the packaged food and drink industry to cut back on selling their products in Mexico.

To find the economic means necessary to subsidize Mexico’s farmers on a large scale will mean a Herculean effort by itself. But to summon the political might necessary to strip away the power of U.S. agribusiness and packaged foods giants in Mexico’s markets will require an even greater effort. Since 1994, when the North American Free Trade Agreement, or NAFTA, joined the United States, Mexico, and Canada in a single marketplace, the fortunes of Mexico’s farmers, like those of the nation’s other workers toiling at the bottom of society, have fallen.

The problem not only is that NAFTA has allowed U.S. agribusiness giants to dump a wide range of food staples, from corn and pork to wheat and rice, in Mexico, causing the prices for Mexican farm products to plummet and forcing millions of Mexican families to abandon their farms.

The problem also is that NAFTA has allowed U.S. corporations such as Monsanto, with its line of genetically modified seeds for corn and other crops, and Coca-Cola, with its fat-saturated foods and sugar-packed drinks, to flood Mexican markets with products which have clear track records of causing serious health issues.

Among the peoples of Mexico, diabetes now is the leading cause of death, claiming almost 100,000 lives a year, according to the World Health Organization. The nation has the second highest rate of obesity and the highest prevalence of diabetes caused by obesity among the 36 nations of the Organization for Economic Co-Operation and Development, an international forum whose members think of themselves as proponents of democracy and a market economy.

But, so far, any proposal by Mexicans to revise NAFTA, and alter the deadly status quo, has been quashed by U.S. agribusiness giants and their partners, which have wielded their immense power in the pursuit of profits.

The prospects of ambitious reform in a marketplace defined by NAFTA, then, would appear to be dim at this point. Can Mexicans carry out their Plan de Ayala Siglo XXI and realize their dream of food self-sufficiency in such an environment?

If NAFTA stands in the way of the Plan de Ayala Siglo XXI, then it would seem logical that Mexicans must remove the primary obstacle to change before they can overhaul their agricultural sector.

Indeed, Mexican officials are attempting to negotiate a new agreement with their U.S. counterparts, but it remains to be seen what they will be able to accomplish.

Corn, by far, is the most important agricultural product which American producers ship across the border into Mexico.

Of $20 billion in total agricultural exports to Mexico, American producers send more than $2.5 billion in corn across the border each year—the figure for the next most important agricultural product, soy beans, is $1.5 billion.

Because U.S. agribusiness giants dump such large quantities of corn in Mexico, they can set their own prices and crush the competition.

Can Mexicans take back their corn?