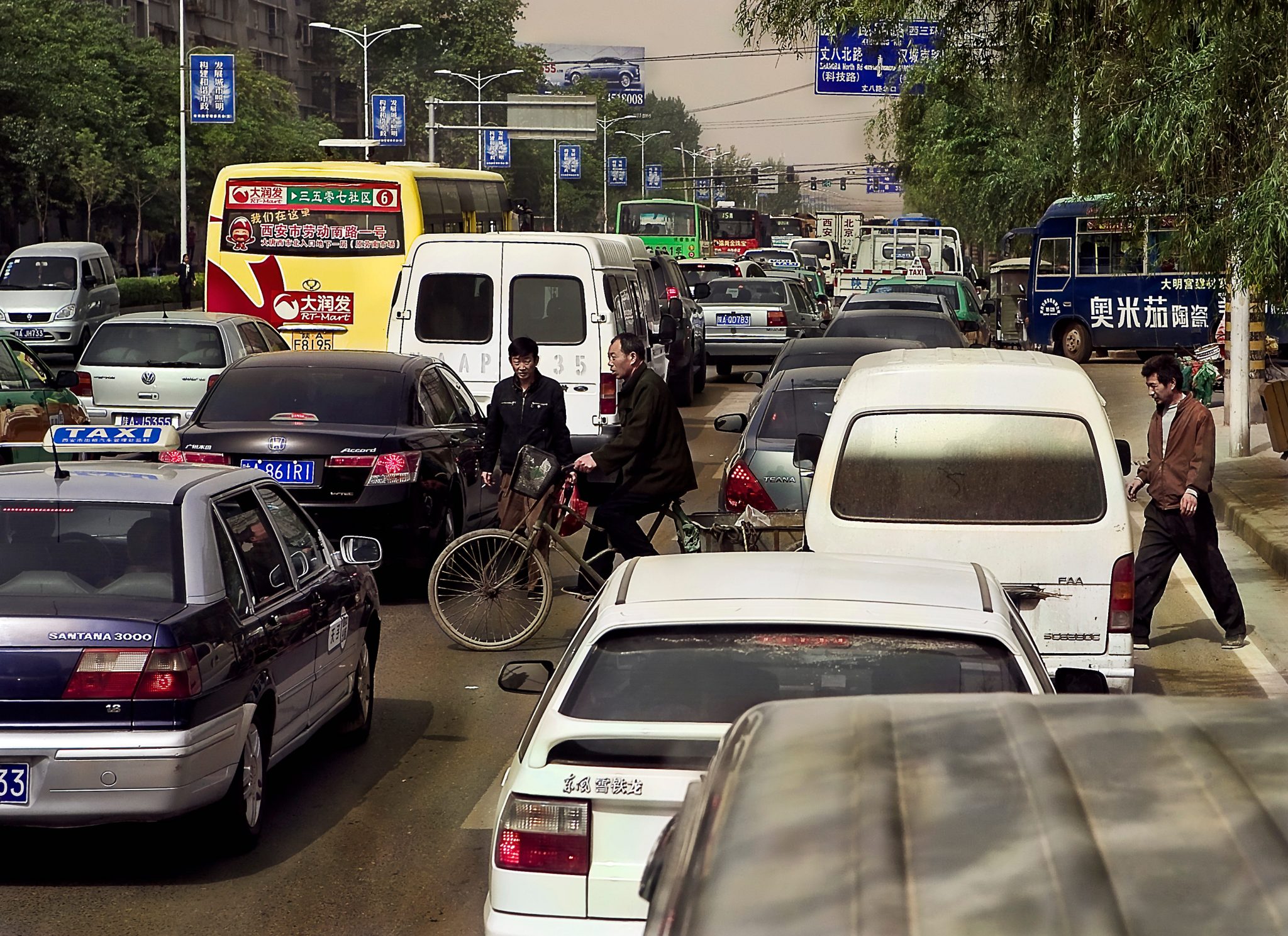 Xi Jinping can’t put off cleaning up the environment any longer, even if he has to give up economic growth to do it. The 64-year-old ruler of China has a problem. He wants clean air. But, also, he wants social stability. Both are impossible.

Although China’s economy has become the world’s second largest, growth has come at a price. To achieve annual jumps in gross domestic product as big as 10 percent, the nation’s leaders have forced their manufacturers into a dangerous cycle. By pushing producers of a wide range of goods from steel and glass to apparel and electronics to pump out increasingly large quantities of products at any cost, sending vast quantities of toxic chemicals into the air, the Chinese leadership has led a large-scale assault on the environment.

Growing numbers of people across the Chinese nation now are suffering from the toxic environment. More than 1 million people in China died as a result of air pollution in 2015, according to a February report from Health Effects Institute, a firm in Boston, MA, studying the effects of air pollution around the world. The Air Is Toxic in China’s Large Cities

Meanwhile, growing numbers of analysts are warning that time is running out. In a more recent report, issued in November, economists from Aberdeen Standard Investments, an asset management firm in Scotland, point out the urgency of the health issues. “In China, the environment is near the point of no return,” they say.

In China’s northeastern corner, setting of its industrial heartland and also its capital, Beijing, the air in at least ten cities, contains deadly levels of fine particulate matter, according to the United Nations’ World Health Organization. In this geographical area, fine particulate matter is responsible for the death of one in every three people, according to researchers at Nanjing University, a renowned public research school 600 miles south of Beijing.

In Beijing, which today has more billionaires than any other city in the world, the distinction between the residents who are protecting themselves from pollution and those who are suffering its effects is especially clear. While some among the population of 23 million can afford to install expensive filtration systems in their homes and travel abroad when the pollution reaches dangerous levels, many others must venture onto the city streets every day with only scarves to cover their faces. People in China Suffer from the Toxic Environment

Xi Jinping recognizes the danger. As he works hard to consolidate his power, both at home and abroad, the Chinese ruler repeatedly uses one word, green, to refer to his new initiatives, including at the recent communist party congress in Beijing, where he used the word 15 times during his keynote speech.

By acknowledging the severity of pollution in China and talking about new green initiatives, Xi Jinping is attempting to demonstrate his sympathy. To the Chinese leader, the problem is more than just a threat to health; it is a threat to social stability. One observer, Wei Yao, an economist at Société Générale, a Paris-based financial services company, says, “The Chinese people are very concerned about pollution, so it’s not a surprise that Xi Jinping is responding. What’s most important to the Chinese communist party is social stability.” By the end of 2017, Xi Jinping has pledged to cut levels of fine particulate matter in the air by 25 percent in Beijing and the surrounding cities of China’s industrial heartland. The Chinese leader has mobilized armies of inspectors to enforce strict limits on thousands of factories in the area.

Although researchers don’t know yet how effective the new push to combat pollution will be, some analysts say it will lead to significant drops in China’s gross domestic product.

“The pace for implementing the anti-pollution moves is critical,” Wei Yao says. “It could cause mass unemployment. Xi Jinping must strike a balance between cleaning up pollution and protecting jobs.”