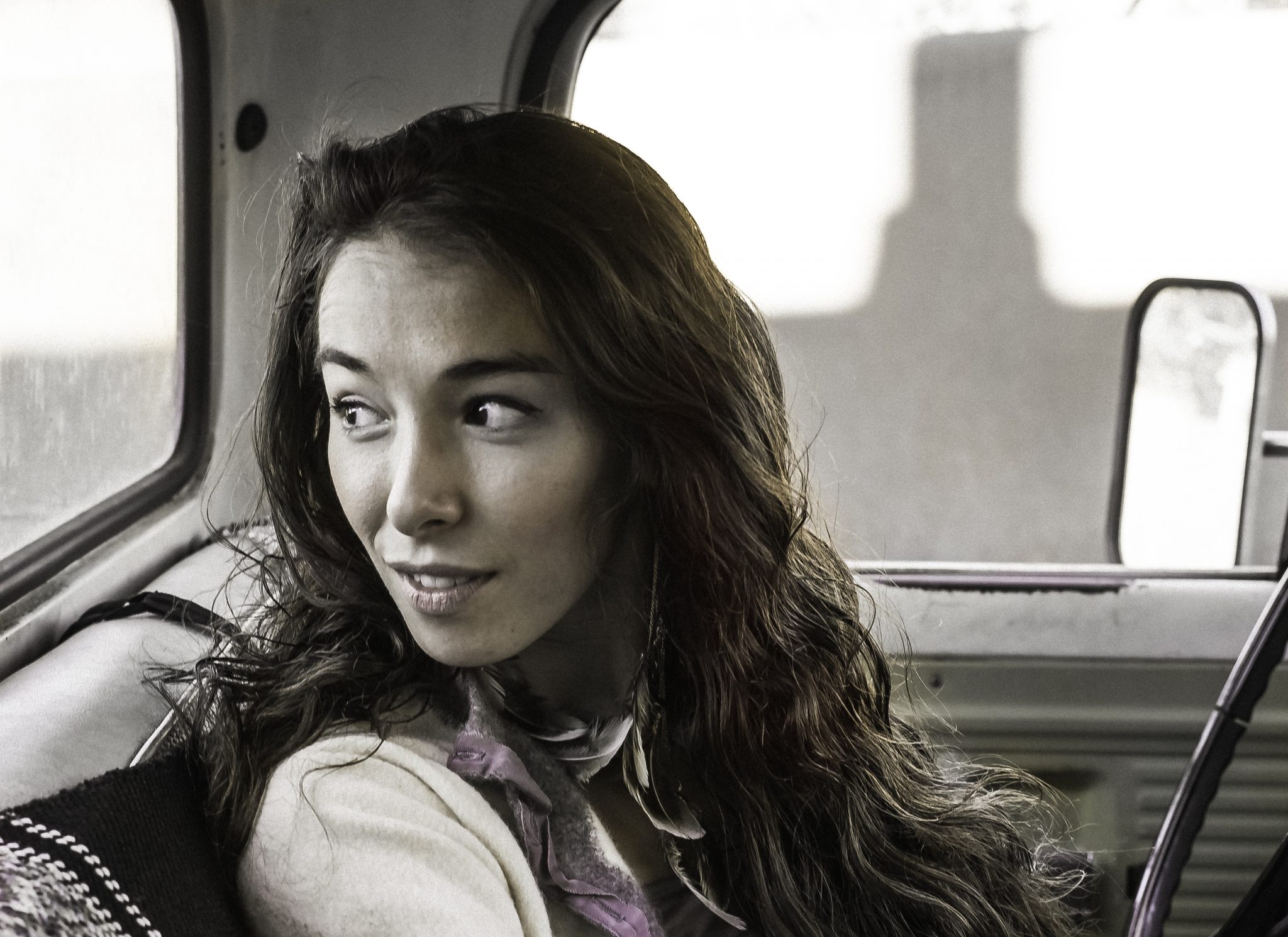 It was Tuesday morning, 7:00am, the third week in October, exactly two weeks after I had flown into Ho Chi Minh City from Kuala Lumpur.

I was jogging in Hoàng Văn Thụ Park, which was well known for its large metal sculpture, rising against a backdrop of green trees. The park also had a small lake and reflecting pools with flower beds around them.

I had been jogging in the park for 30 minutes. Now, on the section of the plaza in front of the sculpture, I saw some older women in colored pants and white shirts. They had arrived while I was running on the paths through the trees. A younger woman, stuffed into a body suit and wearing black shoes, was instructing them. She held everyone’s attention.

My second-best source on Vietnam’s public school system, Thien, had just called and left a message. He had cancelled our meeting for late afternoon. I had seen the message from Thien on my cell phone. Woman in a Convenience Store

I hurried back to Hotel Vissai several blocks down Nguyễn Văn Trỗi Street, took a quick shower, and waited in the parking lot before Binh, who arrived quickly, could shut off his motor.

Once again, I wanted to meet Howard at the Hotel Intercontinental in District 1, but on this occasion Howard would be accompanied by Emile, an engineer, a person whom I had never met. And, possibly, by Emile’s fiancée, flying in from Moscow.

The traffic in the downtown area was light for some reason. I arrived on time. Upon entering Market 39, I could see that Howard and Emile were sitting at the same table where Howard and I sat last Thursday. First, I saw the two of them. Then, I noticed the woman. I didn’t recognize her.

The woman was not Emile’s Russian fiancée. She was Vietnamese.

“This is Ngoc,” Howard said when I approached their table. I noticed that Howard and Emile already had started eating some Chinese dumplings—su mai, it appeared—and Ngoc had not eaten anything. She had a plate of pho in front of her. “Ngoc is Emile’s secretary at the office at Diamond Plaza,” Howard added. He took a bite of mango from a small dish of fruit. “This is Emile.”

Emile appeared to be in his early 40s, while Ngoc was much younger than Emile, in her late 20s. She had exotic eyes and wore a green silk dress. She smiled at me and asked me where I lived in the United States.

Emile came to life. “I lived in San Francisco for two years, but never visited San Diego,” he said. He paused and waited for my reaction, but I did not respond. “I could have flown down there once or twice instead of going to Los Angeles,” he responded. “I was born and went to school on the East Coast. I have lived and worked in many places since, but always in Europe and the Middle East. Recently, I lived for several years in Ukraine where I worked for several pipeline companies. Now, I’m here.” He hesitated. “Southeast Asia…. The languages and the cultures…. I don’t understand them. I’ve been to Japan and China, of course, but only on short trips.” He looked at Ngoc, sitting across the table. “Staying for longer periods, a person takes longer to adjust.”

Howard shifted in his chair and looked back at Emile. “You’ll be settled soon,” he said. “You’re making good progress.”

Emile stood up. He seemed like he was displeased with my failure to respond to him. “It’s time to go,” he said.

“Other people are waiting back at the office,” Emile said. “I’ve got a lot of work to do today,” Emile added, “Ngoc can take any food she wants with her. She can eat later, whenever she wants, when we get back to the office.”

Ngoc looked as if she was surprised by Emile’s words. “Don’t worry about me,” she said.

Howard leaned back. “Get yourself some food if you want. We have to go to the Sailing Tower soon, but not until I eat. Food is more important than a condominium.” Binh dropped us in front of an enormous curving glass building at 111a Pasteur, Bến Nghé, District 1. It resembled a canvas sail on a ship.

We went into an office in the building, spoke to a French woman about different floor plans, and walked to an elevator with her. Her name was Yvette.

After the elevator started to move, Yvette, a slender woman with brown hair, showed Howard a brochure with layouts for several condominiums. Howard selected one which was 240 square meters, larger than the largest place at the Saigon Pearl.

“What did Emile say about the apartments by the river, at the Pearl?” I asked Howard. Yvette was listening to us.

“Hard to know his mind,” Howard replied. “Sometimes, he is a little devious. On Saturday, he sent Ngoc to look at them. I know because I asked her.”

When the elevator doors opened on the 20th floor, we got out. Yvette led us into an apartment, furnished with a few modernistic chairs, desks, and lamps. It also had rugs with abstract designs, a large rug in the living room, smaller ones in each of the bedrooms.

I walked over to a window. In the distance, several blocks away, I saw a green belt with large trees and a church. Howard crossed the room and looked at the church.

“On the street opposite the church,” Yvette added, “you can see, partially, the old Post Office Building, designed by Alfred Foulhoux, not by Gustave Eiffel, as some people think. French administrators of that period started construction in 1886 and finished in 1891. Inside the building, you’ll find a map, entitled Saigon et ses environs 1892, showing streets and neighborhoods.

I looked at Howard.

“Mais oui,” she said. “Take me to the cathedral and the Post Office this afternoon and show me around,” Howard said, “I will tell my client about the apartment. I think he will rent it.”

I thought Howard over-estimated his influence. Two Women on a Motorbike

Howard and I parted in the lobby of the building.

When he left, he walked out with Yvette, heading in the direction of the old Saigon Post Office. She had promised to take him on a short tour.

When I left, I turned in the opposite direction on Pasteur Street toward the University of Economics. I had agreed to meet Karen and Elana at Hồ Con Rùa (Turtle Lake), a traffic roundabout on Pham Ngoc Thach Street, after their English class. Turtle Lake was roughly two blocks from the university.

The sun shined brightly; the humidity held at 70%.

On Pasteur Street, I went to the end of the block, turned right on Vo van Tan Street, and went to the end of another block. Ahead, in the middle of an intersection of three streets, I saw a pond and a concrete column rising 50 feet out of the water. According to some, it symbolized a lotus flower with exfoliating petals; to others, a dragon’s tail.

Karen and Elana sat on one of the benches by the water. I sat down next to Elana.

“How was your trip to Ben Tre?” I asked.

“Same as always,” Elana replied, “I work with my uncle and my brother in the candy factory. Nothing has changed.”

“You would rather work with computers or study English?” I asked.

“I’m good with computers, but my brother was good, too. It just happened that he couldn’t go to the States,” Elana said. “It just happens I can. But, once I’m there, I’ll have to get married and send money back.”

“I thought you were eager to go,” Karen said. “Now you are changing your mind or realizing all of the changes required?”

“I’m not changing my mind,” Elana replied. “Many things are uncertain. My mother and her sister in California want me to get married.” At 9:15pm, Binh dropped me off at 6e 1 Ngô Thời Nhiệm Street, District 3. It was a place called the Acoustic Bar, a small venue and a popular one with locals, but it was situated down a dark and dingy alley. It was not far from the Reunification Palace.

Karen and her friend, Sara, were inside the bar, waiting for me. Sara’s boyfriend, Christian, a pianist in a jazz group, was supposed to perform.

After pushing inside, I saw a rock group on the stage. There were two Vietnamese men wearing tight-fitting pants and playing guitars. They were comical.

In a small area to one side of the stage where Khanh, Sara’s roommate, sat with Karen, I saw Khanh get up. When I looked again, he was gone.

“What’s with him?” I said to Karen after reaching her. She started laughing.

“He had to leave so you could sit down,” she said. “Look around you. We’re a little crowded, wouldn’t you say?” I glanced at the people behind me, sweating and squeezed together. “Sara’s down in front,” Karen added.

“What about Christian and his group? Where are they?”

“You misunderstood me, I think,” Karen said. “Sara thought he would be here, but she didn’t think he would be performing.”

I could hear little of what Karen said over the music. “What’s the name of this group?” I shouted. “Regurgitator?”

“Oh, no,” Karen replied. She laughed again. “There were three in that group, two Australians and a Vietnamese lead singer. They were from Brisbane. I saw them 6 months ago at the Cargo Bar. They were good, but a little strange.” Binh arrived in his taxi and took us to Lê Lợi Street. We got out, walked down the street, and turned on Dong Khoi Street. Karen was looking into the windows of the expensive shops and telling me what I could buy her for a present.

“Khanh described, before you arrived, their encounter with Christian at the Xu Bar,” Karen said suddenly, breaking her gaze from the clothes and shoes on display. “It was the same story that Khanh told you at the Caravelle Hotel.”

“That Christian was with Khanh’s ex boyfriend at the Xu Bar, embracing him? ”