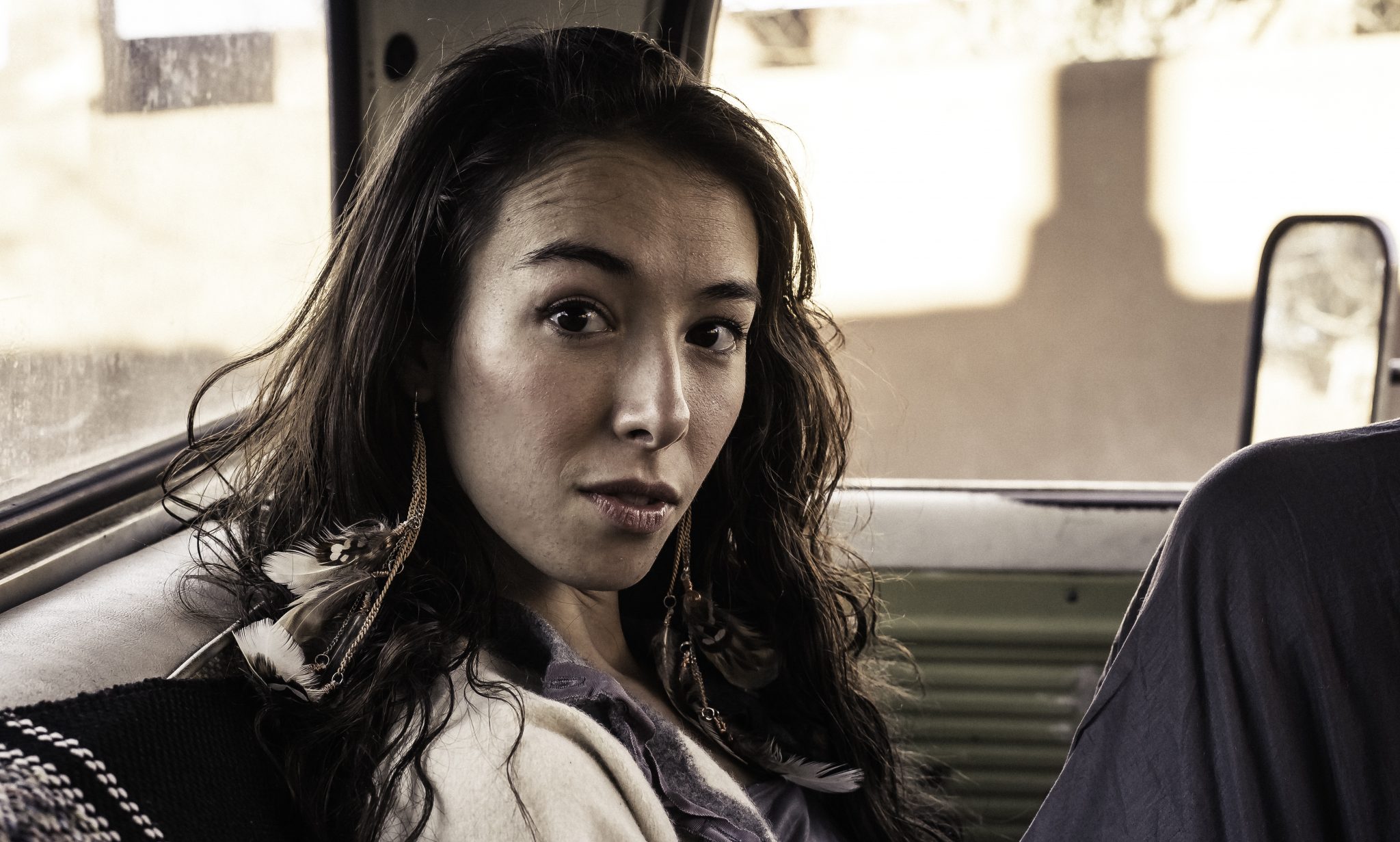 It was 8:15am on a Thursday, the second week in October, more than a week after I had flown into Ho Chi Minh City.

I rolled out of bed, looked out my window on the 7th floor, and stared at a maze of streets. I was impressed by the geometry and colors. The city seemed magical.

I dressed to go downtown and, for once, put on a necktie. I was supposed to meet Howard in 15 minutes at the Hotel Intercontinental, where he had moved after spending one night at the Hotel Vissai. Because I was late, I called Howard, who didn’t seem worried. He said he would sit in a lounge chair by the pool until I arrived.

In the lobby at the Hotel Vissai, I noted a TV with soundless images from a CNN broadcast. Donald Trump, the American politician, had been caught in a lie. The television anchor, also an American, seemed exasperated. Pedicure on the Street

It was 8:50 when I entered the lobby of the Hotel Intercontinental at 39 Lê Duẩn in District 1. Howard was not reclining next to the pool as he said he would be. Rather, he was sitting in the lobby. In a chair next to him another person, a 10-year-old boy, was flipping through the pages of a comic book.

Howard nodded as I approached. “I slept worse last night at the Intercontinental,” he said, “than I slept at the Vissai.” He laughed. “I should move back. But Emile, my engineering friend, wouldn’t be happy. He likes everything in his private life under control, because, he claims, nothing in his professional life is.”

We sat down at a small table in a corner of the large dining room.

“Vietnam is important,” Howard said. “It has the second largest reserves of crude oil in East Asia, after China.” He stopped. “By the way, what’s with the tie? Who’re you meeting later?”

“Emile’s challenge here in Vietnam is not different from a petroleum engineer’s challenge in other countries,” Howard said. “He has to insure his projects succeed despite the foreign language and customs as well as constant problems with logistics. Right now spot prices for crude are down.”

Did Howard know that something bad was going happen? Or was he just a pessimist?

Recently, Karen said her friends went swimming in the ocean off Vung Tau, on the coast south of Ho Chi Minh City. When they emerged from the water, they found their white bathing suits had turned brown. Offshore drilling was responsible. Now, offshore drilling near Nha Trang, about 400 kilometers up the coast, had started. Would it bring the same result? Nha Trang was Emile’s project. Boat on the Water

When Howard and I finished breakfast, we went into the lobby to wait for Binh. Our plan for the morning was to visit an apartment complex, called Saigon Pearl, on Nguyễn Hữu Cảnh Street, and complete another survey.

“Emile wants his apartments close to his office at Diamond Plaza,” Howard said. “SunRise City is too far away.” I doubted Howard was telling the truth. “But Saigon Pearl would have to meet the approval of his fiancée who controls the money.”

“More than one apartment?” I said.

Howard smiled. “Emile’s fiancée, Natasha, wants to rent a separate apartment for her maids. She has an entourage. But I believe Emile doesn’t plan to stay in any place for long.” Howard looked around again. “I always thought his career was a hobby.”

Binh arrived in his taxi and drove us in 10 minutes from the Hotel Intercontinental to the Saigon Pearl. The complex had six immense towers. Each tower had apartments on 34 floors. I enjoyed going up in elevators and looking out over city streets.

Down a curving concrete sidewalk, a young woman, whose English name was Ashley, led Howard and me to a tower called Sapphire I.

Ashley, like the realtor at the Sunrise City complex 2 days before, was young and charming, but she also had been misled.

“On the phone, you said you wanted to see furnished apartment options with 3 bedrooms on the 17th floor,” Ashley said. The elevator moved quickly. She was confused and didn’t look pleased.

“That was yesterday,” Howard said.

The elevator stopped, and Howard and I entered a small lobby. He pointed to a door, which had a Number 1 on it and a piece of paper sticking to it.

“Can we go inside?” Howard asked. “What’s with this note? My client has decided he wants to rent 2 apartments on the same floor. Possibly a whole floor. He may decide to buy. Is there a tenant inside?”

“No,” Ashley replied. She was wearing a grey colored jacket and matching skirt with a scarf around her neck and was leaning against the wall by the elevator. She had decided she didn’t like Howard any longer, but was trying not to show it. Boat Launch on the River

Binh arrived in his taxi and drove us back to the Hotel Intercontinental, where he dropped off Howard. Afterward, he took me to the University of Economics at 59C Nguyễn Đình Chiểu Street, District 3.

When I got out of the car, it was 1:20pm. I had hoped the temperature would drop, but it had not. I felt light-headed and slightly disoriented.

Moments later, I found Karen sitting at a table in a shaded area in the School of Accounting.

“Elana came and left, but she’ll be back,” Karen said. “She had to pick up some clothes for her trip to Ben Tre. It’s only 70 kilometers from here. It’s her mother’s’ house.”

“I want to cool off,” I said. I sat down and, after a few minutes felt better.

“Elana’s father is dead, but her mother lives outside Ben Tre City with her parents, Elana’s grandparents,” Karen said. She went to the door and looked outside. “Elana’s brother and her uncle live in Ben Tre City itself. They have a coconut candy business.” She sat down at the table again. “They sell their products to tourists, both Vietnamese and foreigners. Ben Tre is an interesting place only about 1.5 meters above sea level, but with global warming and rising waters, it should disappear soon.”

Elana came into the school plaza, sat down beside Karen, and hugged her. Elana wasn’t more than 5 feet tall, and she wore her hair in a ponytail. She introduced herself.

“As Karen probably has told you, my mother wants me to go to the United States,” said Elana, “while my brother and uncle do not. I’m dreading this visit and their arguments.”

“My brother,” Elana said, “graduated from the University of Economics here, but my uncle didn’t. He used to be a farmer outside Ben Tre.”

“It’s sad,” Karen said. “Elana works hard. Her brother and uncle expect her to perform at a high level, higher than they ever could. They want her to succeed doing exactly the things they did not do.”

“Families often have disagreements,” I replied, without enthusiasm.

Karen said, “The brother was brilliant in school, but the family had no money and couldn’t send him overseas.” She hesitated for a minute. “The brother is 10 years older than Elana, and it’s a case of his fighting old battles, I suppose. I don’t judge.”

When Karen looked up again, I said, “How’s your ear?”

“Still some pain,” Karen said. She brought her hand up to her left ear.

“I don’t know,” she replied. “I went to the healthcare clinic yesterday and told the doctor the anti-biotics he prescribed weren’t helping me. Then he looked in my ear, said it was fine, and sent me home.”

“Did he charge you for the visit?”

“Yes, of course. He made me angry. l’ll solve the problem on my own with some other medicine I will buy.” Young Woman on a Bench

At 6:15 in the evening, Binh dropped me off at the Hotel Caravelle, where I was going to meet Karen and her friend, Sara, the older woman from Adelaide. Sara had invited us to meet her on the rooftop bar.

In the lobby, at an elevator which went only to the bar, not to any intervening floors, I saw the two young men, Khanh and Phi, I had met at Sara’s party. After Sara got sick at her own party and went to bed early, Karen and I had talked with them for a long time.

“Listen,” Phi said. “Khanh and I have a problem. The two of us have argued about it for weeks, and after the party with Sara and our talk with you and Karen, the arguments got worse. We can’t solve the problem ourselves.”

The elevator from the 9th floor arrived and the doors opened. Another couple entered the elevator. The man was trying to kiss the woman, and the woman was drunk.

Once we were in the elevator, Khanh and Phi stared at the couple.

“We need to tell you a story,” Phi said. He pushed a button and the elevator started up.

“Two weeks ago on a Friday night,” Khanh said, “We go out to our favorite place to eat.”

“We’re sitting at a table with our friends,” Khanh continued, “and ordering banh khot.” He stopped. “I’m sorry,” he said. “That’s the name for Vietnamese pancakes with shrimp and coconut milk. Very tasty.”

“So…we’re ordering banh khot,” Khanh said, “when two men burst into the room laughing, and, suddenly, after looking around, hurried out. We know both of them. That’s the problem.” The five of us drank several glasses of wine, and then Sara fell sick once again and wanted to go to bed. Khanh and Phi decided to take her home. After they left Hotel Caravelle, Karen and I crossed the street to the steps of the Opera House.

She said. “You seemed preoccupied. Why? Also Khanh and Phi were anxious.”

“They told me a story in the elevator,” I replied .