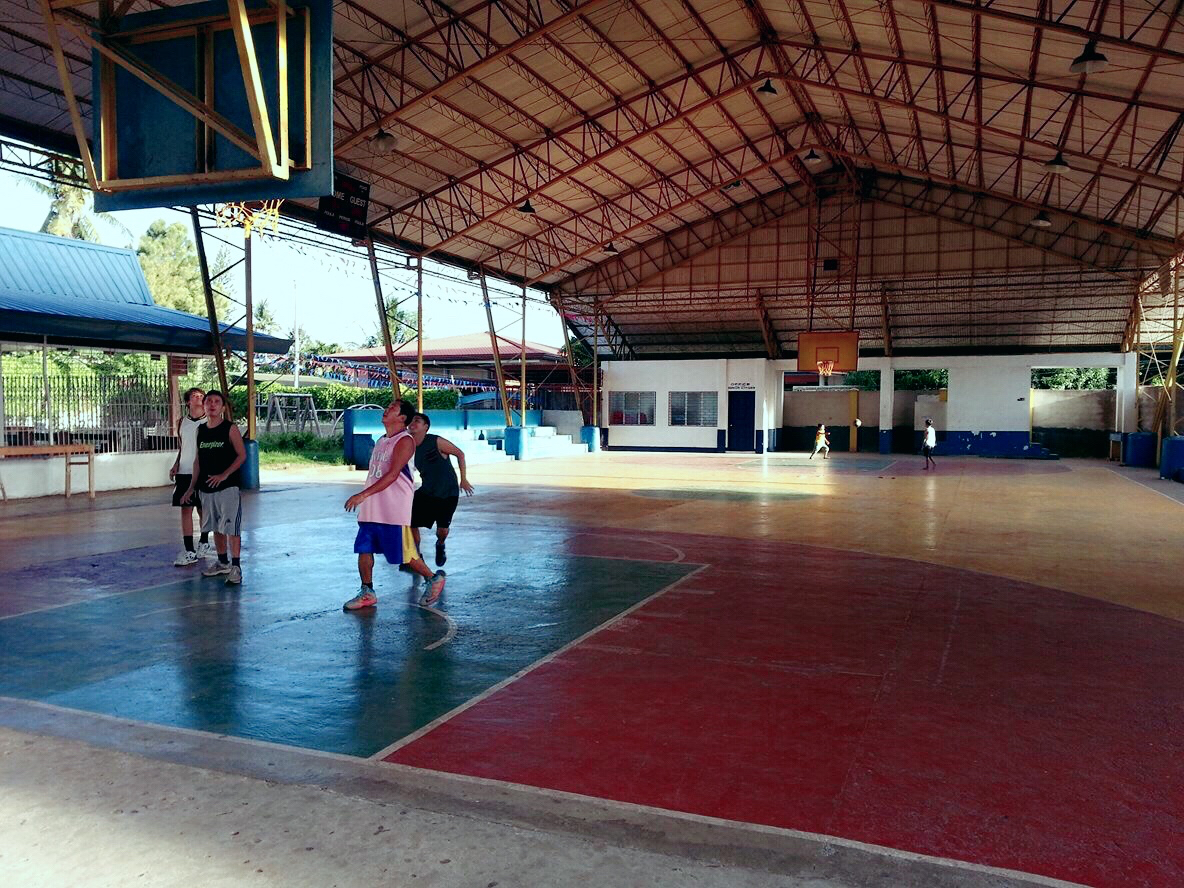 “I think Kobe will make it,” said Gia. “He goes to class every day. He completes his homework every night.” Then she spoke in Bisaya, turning toward the taxi driver, who maneuvered his three-wheeled vehicle around a construction site in the middle of the road. He brought the taxi to a halt in front of a large building.

We got down from the seat and stood on the asphalt. Above us was a long, narrow sign, which spelled out the words, “University of Mindanao,” and in addition the words, “Bolton Campus.”

Gia walked toward the entrance. I followed her. The gate was open, and we entered the building.

“It is Kobe’s last class for the day,” said Gia. It was Saturday, but, in Davao City, the capital of the southernmost principal island of the Philippines, it was a school day. Students attended classes every day of the week except Sunday.

A month before, Kobe, 16, had started grade 11, his first year at the University of Mindanao. The program at the school’s Bolton Campus allowed students to complete their final two years of high school in a university setting.

Gia served as my guide when I worked in the Philippines. She removed a piece of paper from her bag. We stood in front of the double-glass doors of the cafeteria. When she unfolded the paper in front of her, I saw that it was a copy of Kobe’s class schedule.

I looked at the watch on my left wrist. It was 2:15. We had 15 minutes. Only a few students were walking around at that moment, but soon the corridors would be full. Poverty is the Primary Obstacle for Many College Students in Davao

One of the double-glass doors behind us opened, and a middle-aged man wearing rimless glasses, a pink polo shirt, and blue jeans emerged from the cafeteria. He saw Gia and me and stopped.

“We’re here to pick up my friend’s son,” said Gia. “He’s in the first year of a program here.”

“What’s his name?” replied the man. “I’m one of the academic advisors.”

”Jacob Labrador,” said Gia. “But he goes by another name: Kobe.”

“I worked with him during orientation and the first week of classes.”

They were talking in English, rather than Bisaya.

“He’s studying hard right now.” Gia laughed. “But the reason is his girlfriend. She has told him they have no future if he doesn’t complete his education and find a good job. She is a serious person.”

The counselor looked somber. “Whatever it takes,” he said. “The boy has made it this far against all odds. Young people like him, from poor families, simply do not stay in school. It takes determination and money to graduate.“

I remembered what Gia had told me earlier. Kobe, at first, had failed to enroll in fall classes. The tuition fee of 20,000 pesos, or $500, had forced his family to scramble. Fortunately, the boy’s estranged father had paid half of the fee, in the end.

“He needs to graduate from high school, then college,” said Gia. “He wants to be a policeman.” Gia and I moved away from the cafeteria and entered another area, half inside the main building, half outside. As we passed through a set of double-glass doors, we found ourselves underneath a ramada. The heat of the day hit us immediately. I could see clouds gathering in the distance. I hoped it would rain.

But, although no clouds covered the skies above us, the ramada provided partial shade from a burning sun. A series of long tables and chairs sat under the ramada. Just beyond the ramada, a wide courtyard, exposed to the sky, absorbed the full force of the early afternoon sun.

I thought about what Gia said to the counselor. I knew Kobe did not need to graduate from college to be a policeman. I knew a degree was not a pre-requisite. Rather, it was necessary if one wanted to climb the ranks of the criminal justice system.

At that moment, Kobe appeared. Two boys accompanied him. They sat down on the bench opposite Gia and me. I noticed that Kobe wore the pants and shirt I had purchased for him a couple of weeks before at SM City Davao Shopping Center.

“We’re all in the first year of the program here,” said Kobe. “The school puts those of us in grade 11 in the same classes.” His two friends nodded their heads. But they didn’t speak.

Gia spoke in Bisaya to the three boys. They responded in brief phrases, uncertainly. “They just came from their Bisaya language class,” she said, turning to me. She laughed. “They can speak and write our mother tongue better than I can. I never took classes in Bisaya, only in English. When I began school almost 30 years ago, we received all of our instruction in English.”

“We also receive all of our instruction in English,” answered Kobe, “with the one exception, our Bisaya class.” His two friends nodded their heads again. I recalled some of their classes: science, Philippine politics, and entrepreneurship. They had eight classes.

“Studying English is different at this level,” said Gia. “You need to refine your English skills, both in speaking and writing. It is critical. You’re starting to prepare for a career now.” She paused. “As a policeman,” she said to Kobe, “you’ll be speaking in Bisaya with people on the streets, but you’ll be writing all of your reports in English. Can you imagine how many pieces of paper you would need to write reports in Bisaya? It is not an efficient language.”

“Let’s go back inside,” I said. “It’s too hot out here. Also, we want to see your classrooms.” Kobe Standing in Front of His Classroom

Kobe and his two friends, John and Andelle, walked ahead of us. We re-entered the building, walked past the cafeteria, and moved down a corridor lined on both sides with doors of classrooms. At a final door, on the left side of the hallway, Kobe grasped a handle and opened the door.

“Which class do you have in here?” I asked. The room was neither small nor large. It was well-lit and clean with modern furniture. Five rows of desks, with their built-in chairs, occupied the entire space. Next to us, at the front of the room, was a projector; to its side, was a large desk with a chair behind it for the teacher.

“We have English in this room,” said John. “It’s our favorite class. With Ms. Key Dianne Lobos,” added Andelle. All three started laughing. John punched Andelle in the arm.

“I bet she’s your favorite teacher,” I said.

Gia frowned. “All right, settle down,” she said. “You’re here to focus on your studies, not to tease each other and play jokes. You need to work hard.”

“We do work hard,” said Kobe. “I never worked as hard in my life. We have a lot of written and oral reports. We’re constantly worrying about our assignments.”

Kobe sat in one of the desks. He looked tired. I knew he had to wake up at 5:30 every morning. On Monday through Saturday, Kobe had to leave his house in Royal Valley at 6:30. Then he had to switch vehicles three times to arrive on campus by 7:30, when he had to start his first classes of the day. Kobe and a Friend Having Fun

Gia sat in one of the desks opposite Kobe. She seemed displeased, and the three boys seemed afraid of her.

“Did you all go to the same school before?” I asked. I was trying to distract Gia. John and Andelle looked from Gia to me. They did not want to answer any more of her questions. They wanted her to leave.

“What’s the biggest difference between this school and your old one?” I asked the two boys. Gia had pulled Kobe away from the other two.

Behind me I could hear Gia asking Kobe: “Did you get enough to eat today?” She had told me he would go sometimes an entire day without eating at his old school.

A silence, then, settled over the room, and, as I glanced backward, I could sense a confrontation between two persons. One, a woman, wore an expression of doubt on her face. The other, the boy, revealed resignation.