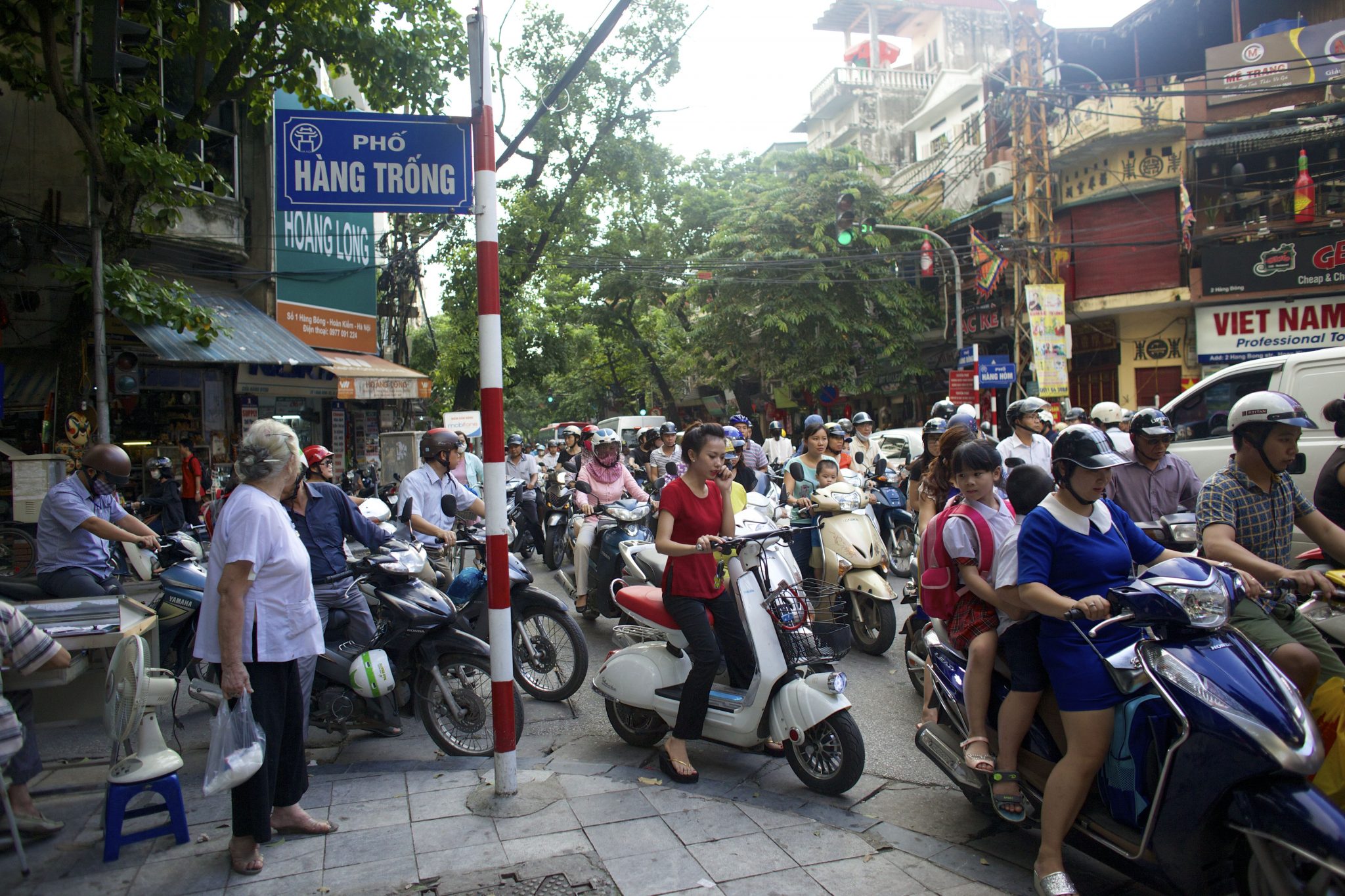 In Vietnam, the most direct route to modernization is tried and true: using other people’s money to build new factories and roads. Communist leaders are soliciting foreign direct investment (FDI) to transform the Southeast Asian nation into a new manufacturing hub. They also are using FDI to build a new transportation infrastructure for their 93 million people. But now they’re realizing the limitations of their dependency on foreigners. FDI fuels Vietnam’s modernization today. Tomorrow, if the money from abroad dries up, will infrastructure development come to an end at the same time?

In January, analysts at London-based Standard Chartered Bank, a prominent lender in emerging markets, released a report with a rosy outlook for Vietnam. They cited plans by corporations from South Korea, Hong Kong, and Taiwan to increase their FDI in Vietnam. The analysts predicted that, in 2016, the nation’s economy would reach a growth rate of 6.9 percent, an increase from the previous year’s 6.7 percent, which represented a 5-year high. In Asia only India’s economy was growing at a faster pace, according to the analysts.

The electronics giant, Samsung, by itself is a primary reason that Vietnam has made such rapid progress in the manufacturing of cell phones and household electronics. The company has invested more than $10 billion into its factories on Vietnamese soil. Two years ago, Samsung accounted for 20 percent of the value of Vietnam’s exports.

Also last January, the Japanese government announced a direct loan of $800 million for three transportation projects on Vietnamese soil. It was only the latest in a series of pledges by Japanese officials to the Vietnamese. It raised the total amount of Tokyo’s pledges for fiscal year 2015 to $2.5 billion, a three-fold jump from $850 million in FY 2014. As Vietnam’s biggest sponsor, Japan has issued development loans of $22 billion to the Southeast Asian nation since 1992.

But all of the money flowing into Vietnam still isn’t enough for the Herculean task at hand in the undeveloped nation. In March, officials in Hanoi, the nation’s capital, announced they had arranged funding for only half of their needed infrastructure projects, mainly a new metro system in both Ho Chi Minh City and Hanoi. If they couldn’t borrow more money from other, industrialized nations, communist party leaders said, then they would have to scale back their plans. FDI fuels modernization today, but tomorrow it would be forced onto a slow track.